Excellency, you have recently arrived in the country. What diplomatic and personal expectations did you have of South Africa, and have they been reached thus far?
South Africa is a beautiful country and a very important country in Africa. As an export to the region, before coming here I was an Ambassador in Uganda, and in Côte d’Ivoire in West Africa. In those roles, I learned a lot about South Africa.

I’ve been here for three months now. I’ve met many people – I see diversity in this country, and it offers many opportunities, not only in business but in academia as well. There are many think-tanks, and I have many colleagues in the diplomatic corps as well. I’m enjoying life, and I’m getting to know more and more about South Africa.

South Korea is also a member of the G20, as is South Africa, and I look forward to having a very fruitful partnership with South Africa in that regard.

What are the areas of collaboration between South Korea and South Africa and what are your plans to expand and pursue new cooperation agreements between the two countries?
We are at a very special moment because of the positive changes that are taking place in our two countries. With the new President Cyril Ramaphosa, there is a greater hope of economic prosperity and political stability in South Africa. In our case, we had a new government last year. President Moon Jae-in became president and delivered hope and promise in our politics, and in many other fields.

As we are both members of the G20, we have the opportunity to work together. South Korea exports a lot of commodities to South Africa. Business, development, and international diplomacy. We have a sizeable Korean community here, and they play an important role. I would like them to be successful in their lives here.

Seoul is considered the world’s fourth largest metropolitan economy, and the country has been referred to as one of the four Asian Tigers or Dragons. How has South Korea accomplished this global status?
Our country is considered a miracle, because of the fast economic growth it was able to achieve. For example, there were only two countries which realised more than 5% growth every year for 5 decades in a row, and that happens to be South Korea and Taiwan. From 1965 to 2005, over a period of 40 years, our average economic growth rate was 8.1%. That is very remarkable, and I think the key to our growth as human capital and social capital. It is not our resources that fuel this growth, but the work of the people. I think that is an important lesson for many other countries. I think it is up to the people to make use of what they have, to work hard, and to be entrepreneurial. Despite the adversity you might face, if you have a commitment and the people are working together, you can achieve this kind of development.

What would you say attracts South Korean companies to invest in South Africa and have any South African brands shown interest in your market?
Our companies are really attracted to South Africa. We consider South Africa not only for its own market but as a hub to enter the rest of the continent as well. Many of our companies’ headquarters are stationed here.

We are relatively new to Africa – we have not had the kind of relationships that many developed countries have with Africa, we’re a latecomer. But we think of Africa is the last frontier, and definitely a huge potential for market growth. There can be challenges in some regions, but South Africa is a very good base for us to do business. It is very modernised and has good infrastructure. It is a very developed country, with a very favourable image.

It is strong in industries such as agriculture and other technologies, in culture and sports. To give an example, we have a young tennis player, Chung Hyeon, who advanced to the semi-finals in the Australian Open, and he had a new coach from South Africa. Another special aspect of our co-operation is that South Africa is one of only six countries in the world from whom we receive English instructors. South Africa is recognised as a country that can officially send English teachers, and many South Africans do. They earn salaries, and we also benefit from your expertise. It is very mutually beneficial and dynamic. 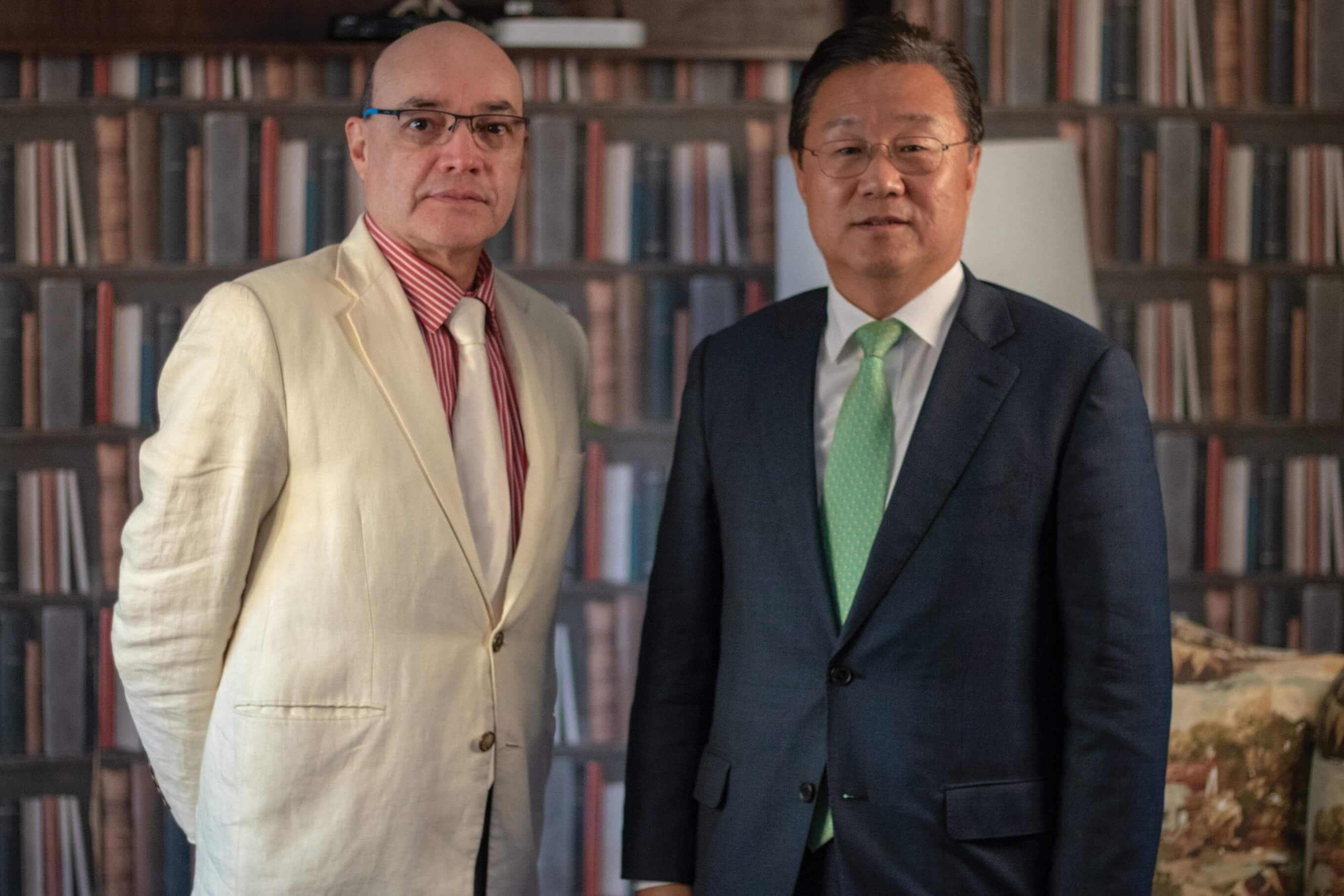 Korean culture is one of the most ancient of the Asian continent and has extended around the globe through food and recently, K-Pop. What would you say is intriguing about your culture to others around the world?
The rise of K-Pop and Korean culture is very interesting. Before we were mostly into Western cultures, Japanese cultures – films from Hong Kong were very popular. In the late ‘90s and 2000s, our popular culture became more and more attractive to the world – not only in Asia, but it has expanded to the Middle-East, Latin America, Europe, and the United States. Our brands of goods, our companies’ products, are also known all over the world. That helps our overall brand. As a country, we have transformed very rapidly, and the world is interested in us.

Our young artists – singers, dancers, film stars – have become more and more popular. I think that is due to a new dynamism in our culture. The recent phenomena several years ago that is Psy, with his Gangnam Style, was a massive hit around the world. It is intriguing why our artists have been doing very well, but I think we have that kind of DNA in us. We can be very reserved, quiet people, but we can also be free and dynamic.

And lastly, Ambassador, how would you encourage prospective tourists to choose South Korea and South Africa as tourism destinations?
Africa is difficult to come to, because of the distance, South Africa in the most southern part. But more and more, people know about how beautiful South Africa is. Cape Town is a paradise on earth. I’ve been here only three months, but I have been to Cape Town three times – it really attracts me.

In terms of Korea, there is tourism from your side. Many South African youths go to Korea as English instructors. Some come back to South Africa again, some stay longer. Korea is attractive because it is a dynamic economy, an open economy, and also has good business opportunities. We have a distinct culture, the food is very good and there are many other attractions to enjoy.