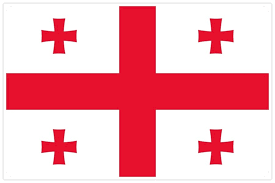 One of the famous Georgian dishes is Khachapuri- kind of cheesebread. Every region of Georgia has its own kind of Khachapuri. Most famous is boat shaped Khachapuri common in Georgia’s coastal region of Adjara.

Adjarian Khachapuri has been nicknamed as Georgian Cheeseboat and already features in top dishes to taste in Georgia. In recent years it has also been named among 20 dishes to taste should one visit Washington DC or New York.

The dish is finished off with an egg that is placed on top, and the pie is then additionally baked until the egg is partially set. There are a number of You Tube tutorials is also available.