on the occasion of the National Day of Algeria

It is indeed a great honor and privilege to address you all today to celebrate our National Day. I sincerely extend my gratitude to all of you for taking time to read my statement on this auspicious occasion.

The difficult days we all are facing this year have imposed unusual circumstances that do not allow us, regrettably, to organize the Official celebration of Algeria National Day.

Today we are celebrating the 66th Anniversary of the launching of the Glorious Algerian Revolution of 1st November 1954.

On this memorable occasion, I wish to extend my best wishes and warm greetings to the Algerian community living in South Africa and South African friends of Algeria.

We are sharing this moment today to pay a tribute to the Martyrs and the valiant Combatants who made the epic history of the extraordinary Algerian people’s struggle to gain freedom and recover sovereignty over its cherished land.

Needless to recall, in this regard, that the launching of the Glorious Revolution on the 1st of November 1954 was the culmination of a continuous popular struggle that never faded since the invasion of the country by the colonizer.

On the eve of the 1st of November, sixty-six years ago, a group of young Algerian militants made it very clear through the Proclamation of November that the time has come for the Algerian people to achieve his self-determination. Hence, the Revolution was carried out by the adherence and sacrifices of the whole people of Algeria.

The ideals of freedom, justice, solidarity and emancipation enshrined in the ”Proclamation of November 1954” have been, and continue to be, the guiding principles of the Independent Algeria in its solidarity with the oppressed peoples.

The contribution of Algeria to the Liberation movement’s struggle throughout history, especially in Africa, is inherent to its founding principles crystallized during a long history of resistance and struggle.

Allow me, on this auspicious occasion, to share with you some facts and thoughts about the common history of solidarity between Algeria and South Africa.

The solidarity between the peoples of Algeria and South Africa started during early contacts made at the Non-aligned Movement Conference of Bandung in April 1955 followed by the All African People’s Conference of December 1957 held in Accra, where the Algerian delegation was composed of Dr Chawki MOSTEFAI and Frantz FANON.

In 1961, during a secret meeting of the ANC leadership under the chairmanship of the late hero Walter SISULU, a decision was taken to undertake and develop exchanges with the Algerian Revolution. In this regard, the Icon, Nelson MANDELA, and the great revolutionary, Robert RESHA, visited the Camp of the Algerian National Liberation Army (ALN) located at the extreme west of Algeria.

According to the testimony of Nelson MANDELA in his diary, the icon met with Dr Shawki MOSTEFAI who was the representative of the Algerian provisional Government ”GPRA” abroad. The latter had successfully organized Mandela’s visit to the West Base of Algerian National Liberation Army, where Nelson MANDELA received military training as well as political and diplomatic initiation in relation with liberation struggle.

Algeria was constantly in the forefront of the anti-apartheid struggle. This support took various forms: political, military and diplomatic. The support of Algeria was manifested through military training of MK members. The political, diplomatic, financial and administrative support was manifested through granting Algerian diplomatic passports to several ANC leaders, including the Honorable Dr Nkosazana DLAMINI-ZUMA. This support was also culturally as in the case of Miriam MAKEBA whose song ‘’Africa’’ was interpreted in Arabic and contains the sentences of her feeling of freedom in the African land of Algeria ‘’I am free in Algeria (Ana Horra Fi El Djazayer)’’.

This was solemnly attested by the icon Nelson Mandela when he proclaimed. ‘’Algeria is my country’’, during a rally in South Africa and, in March 1990, during his first visit abroad reserved to Algeria after his release from prison.

In conclusion of this evocation of history, let me quote one of the great sons of Africa on his perception of the role of Algeria in the liberation of Africa. Amilcar CABRAL says: “The Catholics go to Vatican, the Muslims to Mecca and the Revolutionaries to Algiers’’.

It goes without saying that the noble ideals of freedom, justice, emancipation and solidarity are also the guiding principles in the post-independent Algeria’s policies at the domestic level.

The socioeconomic model based on social justice, solidarity and inclusiveness continues to be the cornerstone in the making of modern Algeria.

It is indeed a model which insures equal chance to each and every citizen in enjoying the basic civic, economic and social rights.

With its well-known potentialities, in terms of strategic geographic location, natural resources, political stability and qualified human resources, Algeria is undergoing an ambitious program aiming at insuring a steady growth and continuous development of the country.

I can say, in this regard, that a New Revolution for a New Algeria is steadily in motion aiming at developing the country for the benefit of its valiant people.

As an expression of the strong will towards deeply rooted reforms, Algeria is embarking today, 01st November 2020, on a very important journey through a Referendum on the New Constitution that genuinely reflects and translates the aspirations of the people of Algeria.

It is with a great satisfaction that I hail the excellent relations of friendship, cooperation and solidarity that happily exist between Algeria and South Africa.

Our two countries have maintained strategic relations since the establishment of one of the first, if not the first, High Bi-national Commission of Cooperation (BNC).

I am confident that these relations will continue to be enhanced further at the economic level to reach the excellent level of cooperation at the political level.

At the regional and global level, and inspired by the same values and principles, Algeria and South Africa are always on the same line, be it in the championing and the promotion of the interests of Africa or in the defense of the legitimate and inalienable right to self-determination of oppressed people, especially the people of Western Sahara, the last colony in Africa.

Beyond our continent, our two countries find themselves intimately and sincerely committed to their indefectible support for the Palestinian people.

Finally, I wish to reiterate on this happy occasion that the historical friendship will further grow between Algeria and South Africa and reiterate the wish for peace, prosperity and happiness to the peoples of the two countries.

Glory to our valiant Martyrs.

VOTE & WIN – FOR YOUR FAVOURITE RECIPE! 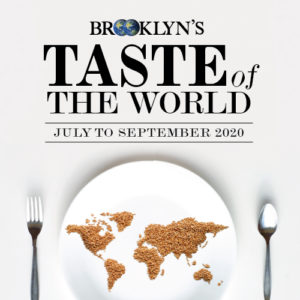