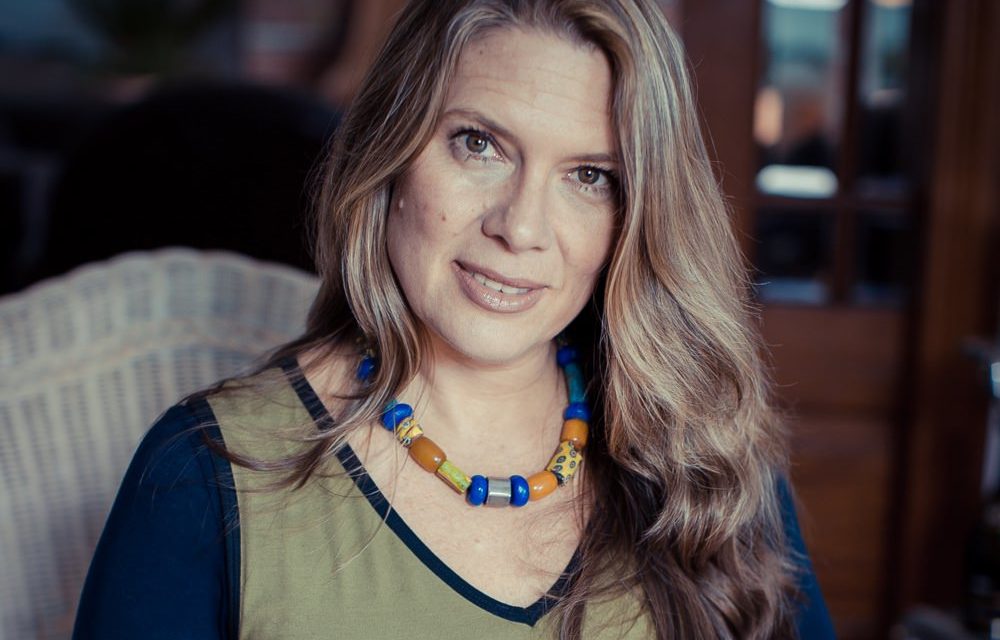 Over the last twenty years, Jacqui’s award-winning writing career has spanned advertising, journalism, multimedia, film and television series, but has recently found its way back to her first love of books.

The Seed Thief, published by Umuzi in August 2015, tells the tale of Botanist Maddy Bellani’s quest to find a rare seed in Brazil. This ‘entrancing’ novel is described as ‘a modern love story with an ancient history, a tale that moves from the flora of Table Mountain to the heart of Afro-Brazilian spiritualism’. It has been long- and short-listed for various awards, including the Mslexia Novel Award, The Sunday Times Fiction Award and the Etisalat Prize for Literature.

Jacqui is currently negotiating the film option of The Seed Thief with Pretoria based Rodway Productions, and considering an international coproduction with Brazil. She is also working on her second novel, and it too has an ecological theme.

Ecological concerns permeate much of her work, from investigative environmental journalism in the 90s, through a continued role as campaign and expedition writer for UN Patron of the Oceans Lewis Pugh.

Jacqui writes in a glasshouse in her fynbos garden in Kommetije (the last-village-but-one between Cape Town and Antarctica). She shares her home with her partner, two dogs, two cats, a teenager and a horse.

‘[A] wide-ranging, lush and layered work… The Seed Thief is a richly sensuous experience and L’Ange an alchemist who has mixed an exotic and mesmerizing potion’ – Pretoria News

EXTRACT: Maddy’s first experience of a Candomblé ceremony on her arrival in Salvador, Bahia in search of an endangered seed.

It felt more like a pageant than a religious ceremony. But after about an hour, it started to make sense. I began to recognise the shift in rhythm that heralded the arrival of each new orixá. Before the costume changes, before the colour shifts, even before the drawing inward of a dancer, when a new spirit was about to take over a corporeal son or daughter and spin a new story, I sensed it in the drum beat.

The drumming was relentless and hypnotic. Each change in tempo was also a change in energy and personality, taken in, communally, by all the participants in the ceremony, whether initiate, elder, local, tourist, or ‘other’, like me.

I sat in the women’s section, which faced the men’s along one side of the barracão. Toward the front of the hall, where the stage would have been if there was one, a door led to a mysterious space from which plates of food and costumed figures emerged at irregular intervals.

There were two sets of entrance doors at the back of the hall. Men and women streamed in and out, separately, to and from the dark, cooling night. Against the long walls, cement benches tiered from floor to ceiling.
I arrived late, but found a place in the body crush about three tiers up from the floor. A group of excitable blonde tourists, speaking too loudly, sat a bit further along the bench. I distanced myself from them mentally, focusing instead on a row of little girls standing in front of me.

The children were small and nimble, and preoccupied with sharing out a packet of colourful sweets – the candy-coated chocolate button kind.

The little girl directly in front of me had dark hair tightly braided with white ribbons at the end of each cord – her only concession to white. Most people in the hall wore white; a sign of respect to the spirits being honoured here. But this little girl wore a pink and white striped T-shirt over a frilled and faded red skirt. I imagined the rules were different for children.

Every so often the girl would break off her candy negotiation, close her eyes and immerse herself unselfconsciously in the rhythm. She couldn’t have been more than seven or eight years old, but she flicked and rotated her skinny hips in a manner way beyond her years, opening a window to the sensuality I was sure she would one day practice with more self-conscious skill.

She was not just pulsing with the beat, not performing an obvious parody of what she must have seen her mother, and countless other women, do as part of their birth right. She had surrendered herself to it, utterly.

So had the spinning women on the floor, dervishes whose long skirts flared out, stiffened by motion and layers of white petticoats. One was decked out in ornate gold brocade, with rivers of seemingly precious gold chains and trinkets, even though they were probably made of painted plastic. She held a hand mirror, preening and spinning and reflecting and weaving, like water.

Facing them, from her two tiers up, the young girl jiggled and swayed, gyrating to the pulse she had taken inside her, eyes closed, fist closed around a handful of the sweets. When she opened her eyes and hand and looked down, they had run into rivulets of colour that coalesced in the centre of her palm like a chocolaty stigmata. She shoved the congealed mess into her mouth, throwing a look of bliss and triumph at her small neighbour, who had long since finished her own handful.

I felt my face crease into a smile, but when the child turned around, I looked away – I had shared this intimacy without permission.

That was when I noticed that I was being watched.

The drummer held my line of sight and didn’t falter in the rhythm he was beating out on his tall, carved drum, even as he saw me register him. There were about ten drummers in the drum pit, directly in front of the women’s section. They were grouped with their backs to us and turned slightly towards one another, so that a nod or a glance could initiate a change in beat, as they weaved their percussive spell over the terreiro. He was on the far edge of the group, head tilted to keep an eye on his fellow drummers. Except that his eye was tethered to me.

My watcher’s left hand palmed slow time, while in his right, he flicked a stick that teased the skin of his drum. He didn’t smile. He just looked. And played. I wasn’t sure if he was even seeing me.

I felt my own lips pull into a tentative arc.

He was nodding his head – to me, to the beat? – swaying slightly with the rhythm, stroking, beating, nodding.

I found myself swaying and nodding, too.

The little girl in front of me turned again to look at me, then looked back at the man.

She elbowed her friend and said something I couldn’t hear. The friend also turned to look.

Senhorita Magdalena?
At first I didn’t register that the voice was calling me…