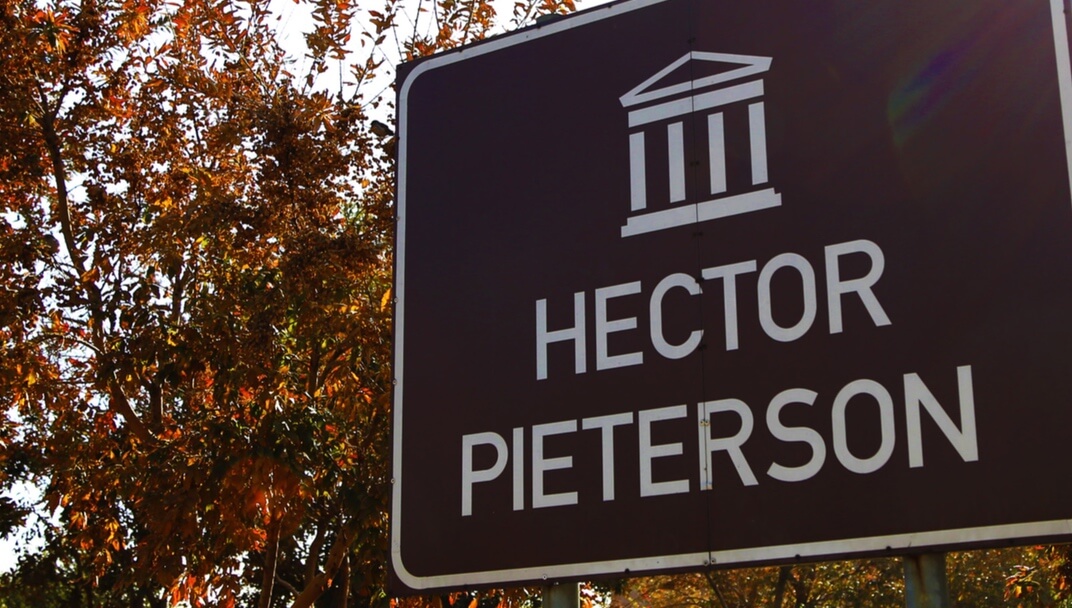 On the morning of June 16th, 1976, an estimated 10,000 students marched from their different schools in Soweto towards Orlando Stadium. They protested against a measure imposed by the Afrikaans Medium Decree of 1974 that forced all Black schools to implement only Afrikaans and English in a fifty-fifty percent basis as the medium of instruction. Indigenous tongues and dialects were neglected from the educational system and due to the socio-political landscape at the time, many black students stood firmly against the use of Afrikaans in schools, the language spoken by the oppressor.

As they marched towards the stadium, the youth was met with strong police opposition. Amidst the demonstration, pandemonium ensued and ultimately the law enforcement opened fire on the protesting crowd. Scores of children were injured, and it is reported that up to 176 students lost their lives during the civil brawl.

Forty years on, a set of familiar reoccurrences disrupt the nation and the question emerges: is the Soweto Uprising being forgotten? While both the ruling ANC and the people of South Africa rejoice in their ultimate victory, in the coming of peace and unity in a Rainbow Nation led by the late former president Nelson Mandela and the newly ascended government of 1994 – who gave way to freedom in a new democracy. So many other beautiful victories have been welcomed since, but one certain hindrance re-emerges 22 years on.

The country has in recent months been afflicted by a similar nature of protesting and uprising. Universities across the country suffered mass disruption due to a number of protests sounding against the use of Afrikaans as a language of instruction, but also more specifically, against an increase in tuition fees. The campaign #FeesMustFall mustered hundreds of thousands of students nationwide to action, calling for the government to consider and implement free education policies. Virtual battles with racial intonations also surfaced all over social media, in which even local celebrities took a toll.

This Youth Day, June 16th, forty years later, should stand testament and tribute to the lives lost on that horrific day forty years ago. It should celebrate the unity amongst every single South African, regardless of their race, the language that they speak, or where they come from. The beauty and strength of this African country is in its diversity and this should be its pride. Parents and schools need nurture and teach their children tolerance. South Africa’s father, Tata Madiba, Nelson Mandela, gave 27 years of his freedom for what he believed in, for the Rainbow Nation of South Africa.

Historically, the African continent as a whole suffered unfathomable hardships during the Colonialization era. South Africa has been blessed with heroes like Mandela, heroes in its every citizen, to have survived the harshness and brutality of apartheid, to become the country it is today. But the present time continues to call for reflection. It is time to banish the many differences that still tear South Africa apart, and the coming generations of the country must reap peace in continuing to build this Rainbow Nation, to honour Madiba’s legacy and the tender heroes of June 1976.

What we can certainly do is honour these lives with a positive mindset whereby everyone embraces their sacrifice so today’s and tomorrow’s generation have no need to fight for a better quality of life. A mindset whereby its people and leaders are prepared to acknowledge that all South Africans on a fair and equal basis deserve to have the same opportunity to improve. The Fallen Youth of Soweto is saluted, for their sacrifice serves as a symbol of hope in a nation where education should become the standard measurement of excellence and success.