Embassy Direct is all about success stories. Vice President and Managing Director of the National Basketball Association – Africa, Mr Amadou Gallo Fall, is one of those stories. He sits down with us to discuss a rising hope for Africa, and the role sport plays in offering this hope. 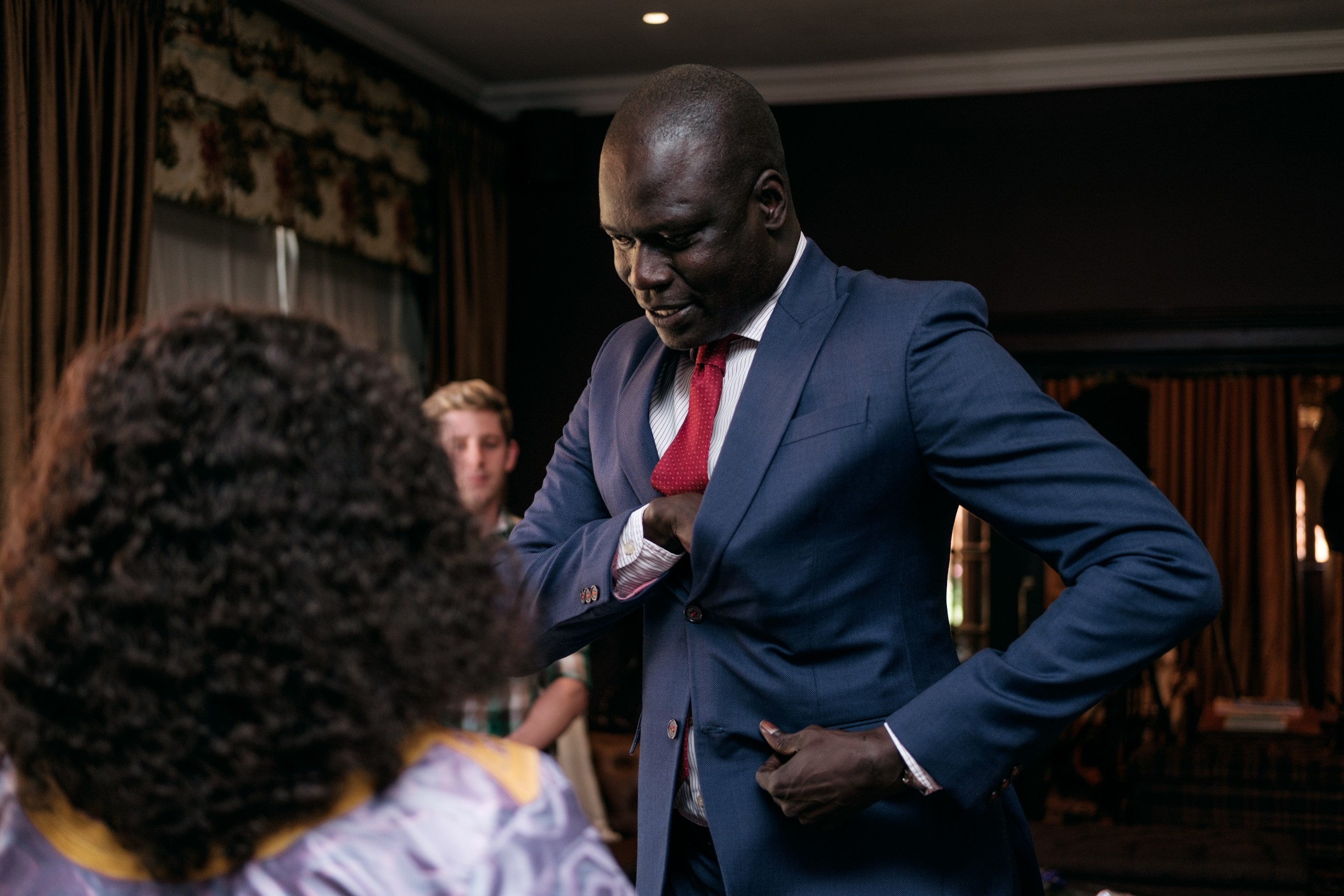 Embassy Direct: Amadou, it is a pleasure to share this time with you. As I said about success stories, yours is an interesting one. Coming from Senegal and having the opportunity, through sport and something that you love, basketball, you have made it all the way to the United States. Please relay your story to us.

Africa, as a continent, has not necessarily always been blessed with opportunity. Could you elaborate on your role towards the youth, not only in your country and South Africa, but across the continent as well?

I think the opportunity has always been here. That is why for hundreds of years, other people have come from all corners of the world to make use of that opportunity for their own self-interest. Whether you talk about colonization, or anything else that has happened throughout the course of the history of the continent, the richness has always been here, the people have always been here, the creativity and the beauty has always been here. But to return to your point, I always felt that if things are ever going to change, if we are to achieve the socio-economic development that we aspire to, Africans are going to have to take things into their own hands. I stumbled on to basketball and the sport has taken me to unbelievable heights to achieve what I have achieved, until today where I sit here talking to you about what I do. Growing up in Senegal, I couldn’t pinpoint that this would happen, but at the same time I’ve always had self-confidence and an inherent belief that we can all achieve great things. I think all the greatest achievements through human history have been led by ordinary people. They all grew up in different environments – some better equipped than others, some coming out of slums or poor situations. I think what is most important is to make sure that we create an enabling environment for young people to make sure that, regardless of gender, race, or religious belief, they have a goal to achieve. First for themselves, but also for the greater good of their community. That’s where it all starts. Stumbling into basketball and seeing doors open because of that, creating networks and achieving successes because of it, my goal has always been to find out how to bring it all together for the greater good, focusing on young people. Our biggest asset is human capital. We need to make sure the youth is equipped with the right tools, that they are educated and have a sense of self-belief, that they develop a work ethic and learn how to work together as a team. That’s why we started SEED back in 1998, Sports for Education and Economic Development. It was a way to leverage the opportunity that I had and what sport had done for me, to see how we could share that with other young people. To a large extent, that has formed our strategy with NBA Africa, our approach and our objectives through sport to grow the NBA brand across the continent. We felt that we had a huge opportunity to impact young people through basketball – to get them to not only achieve on the basketball court, but off it as well. The examples of bright, young, successful people in our league are numerous, who keep coming home every summer to give back to the community, to reach out and inspire the next generations.

My physical education teacher once told me that basketball isn’t about one’s height, which doesn’t apply to you, but comes from one’s heart. We had a classmate who was handicapped, and he was probably the best basketball player among us. Sometimes, adversity brings out the best in you.

Absolutely. That’s really the name of the game in sports – if you fall, you get up; if you lose, you move on the next chance to redeem yourself. I think sport has to be an integral part of curriculums in schools and government policy agendas, because it is the best way to really occupy the youth, not only to get them off the streets, but also to get them healthy and active. Obviously, basketball is what I promote, but at the end of the day we promote all sport, and young people getting involved from an early age. Yes, height is not a hindrance – some of the best players in our league have been smaller players. (Anthony Jerome) Spud Webb won the NBA slam dunk contest and he’s 1.7m tall. Right now, one of the most popular players in our league, Stephen Curry, isn’t of remarkable size. At the end of the day, it’s about skill, really. Heart matters and helps, but it’s not the be-all and end-all. What you might lack in height, you can compensate with skill, speed, fitness. 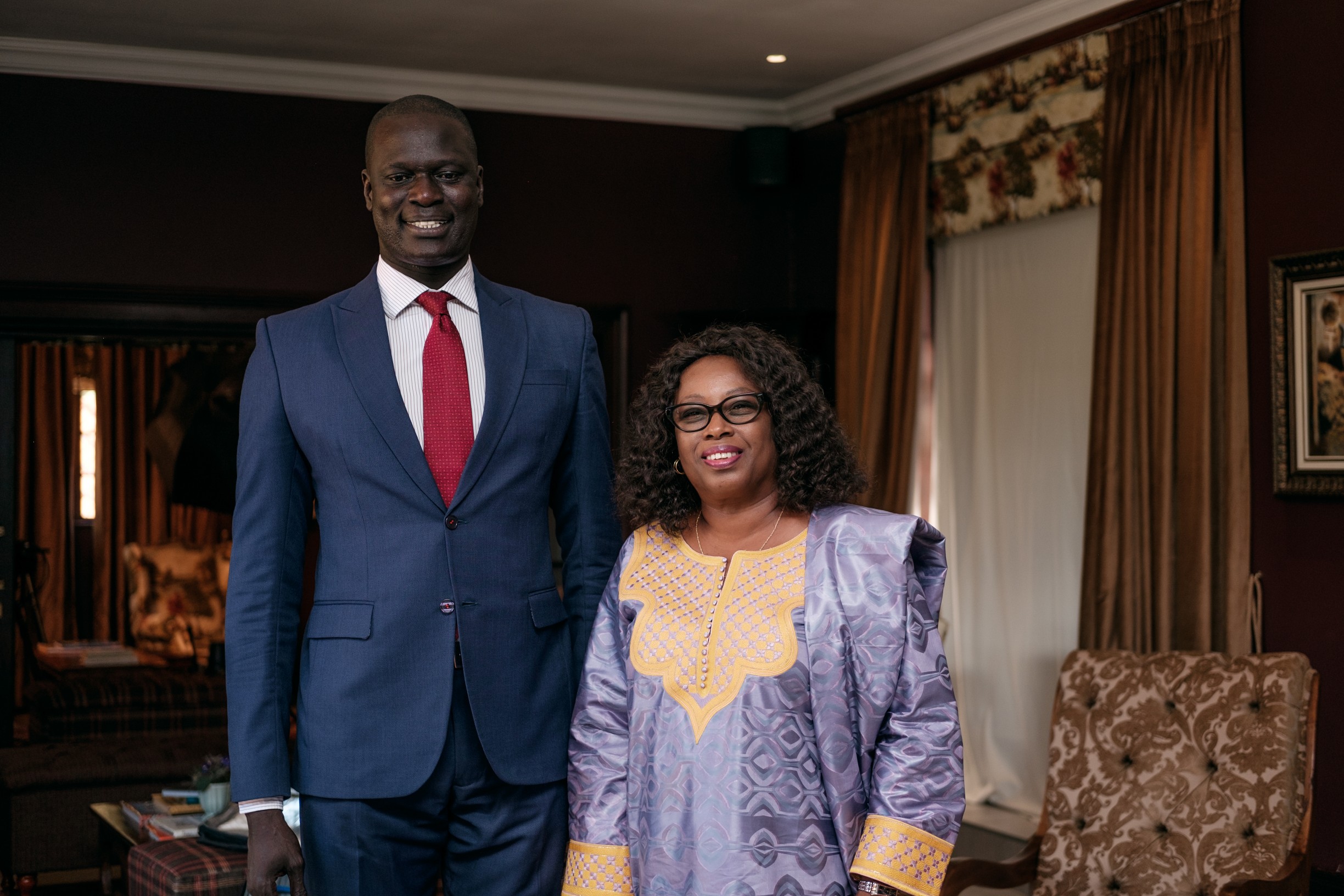 A highlight in your career as Vice President of NBA Africa was the event about two years ago, where you brought NBA Africa players up against an NBA World team. We understand a similar event is scheduled for the future, could you elaborate more on this event?

Yes, we are extremely excited to be bringing our NBA Africa game back to Johannesburg on the 5th of August this year. As you noted, Team Africa will be up against Team World, and these are all NBA players. To offer the example of our last edition, we had Luol Deng captain Team Africa; on the other side Chris Paul was the captain, with the likes of the Gasol brothers from Spain, Pau and Mark. We have announced that this year’s second edition, which is going to be a huge event for the continent, will be held here in Johannesburg. It’s a game for the continent, and we are going to drive basketball fans from many corners of Africa here for the game. Some of our junior leagues in Brazzaville, and Nairobi most recently, are people we’ve already started speaking to. We are building rosters, and bringing some of the greatest names in our league and from the NBA family. The game will be the culmination of a week-long activity, from 1-4 August. We still plan on holding our Basketball Without Borders champs, we plan to do a junior NBA festival, and we are also looking to host a business forum, through partnership, which we know many countries are going to be interested in. Heads of enterprises from around the world will converge here – to watch the game, but also in the process to continue to engage with Africa at multiple levels. The public and private sectors will be getting together using sport as a conduit. The game will be used to see what impact we are going to have in terms of cross-cultural linkages. People from all over Africa and business leaders from all over the world will be coming right here to Johannesburg. The last edition was broadcast in 215 countries, in 27 languages. We have a new broadcast partner in Kwesé, with large presence in sub-Saharan Africa, 900 million people. This game is going to be the biggest event we’ve had in our seven years, and in the long history that the NBA has shared with Africa.

As an African expatriate in South Africa, what are some of the likes and dislikes of your stay here thus far?

Growing up in Senegal throughout the whole apartheid era, as Africans we were all interested and very much aware of what was happening. I think what was happening was an assault on human dignity, not just to Africans but to all people of colour. I think anybody in their right mind was appalled. In 1990 when the situation reversed, there was born a new day. I am very proud to say that our then-Commissioner (of the NBA), David Stern, was here in 1994, at the inauguration of President Nelson Mandela. Later on, in 2003 we started Basketball Without Borders here in South Africa. We had the privilege on numerous occasions to be received by then President Mandela. It is always a pleasure as Africans to come back here, and to invite our friends from around the world here. The rich history, the tradition, the culture. When you hear about some of the tensions, the xenophobic tendencies, it makes you feel sick. At the same time, it’s a young country, and it is trying to pull itself together. So we need to be patient, and try and figure out how we can contribute. In terms of sport, when I look at the 2010 FIFA Soccer World Cup, against all predictions South Africa stepped up and brilliantly hosted the global event, possibly the biggest event in the world. Those are the positive things that I tend to look at. That’s not to forget some of the issues that take place wherever they may be rooted. There is no excuse for that, but I have confidence that the human spirit will prevail.

Amadou, thank you for sharing these stories of hope and opportunity with us.