Your filmmaking career began in the 1970s. Tell us about these first years in the industry, and how they influenced the years to come?
I was lucky – in the sense that I went to film school from 1968-1970, at a time when the film industry in Britain had had a big downturn. But for that reason, all the great directors from the ailing comedy era in British cinema were teachers, so I was taught by some of the men who made some of the great films of the 1950s, for example, The Lavender Hill Mob (1951) and The Man in the White Suit (1951). These directors – Charlie Crichton and Alexander Mackendrick – were people that taught me about cinema.

When I left film school, I got a job doing a documentary film about an overland trip from London to Delhi, and that got me a job at the BBC. There I directed a whole bunch of television commercials, which included a Coca-Cola commercial starring the great Kenyan athlete Kipchoge Keino, who had won many gold medals.

In making that commercial, I thought, “I’ve got to make movies!”
I made a lot of money making commercials, but when I stopped, it was at the lowest ebb the British cinema has known for a very long time. I was doing a film commercial for Chrysler at Pinewood Studios, and I was the only film on the lot at the time. It was a very depressed time, with very little funding for films. You didn’t have video, you didn’t have the internet, of course, very few films that were made were shown on television, and so there was an extraordinary opportunity in a strange way for somebody who was passionate about cinema, and who came from a very creative institution, the London Film School. It was a time that I felt was a bit like the Wild West. You could go out and do almost anything, like prospecting for gold.

At the same time, Hollywood had abandoned British Cinema. The big studios like MGM all decided that they didn’t want to have studios based in Britain, and so in a very cavalier way, I said “Well, okay. I’ve

got some money. I’m going to stick this into films” that, first of all, I directed. Secondly, I decided I wanted to make a series of films with interesting artists, interesting directors, interesting writers that were interested in making cinema, but completely independently. We didn’t seek partnerships with the studios – we couldn’t, they just weren’t interested. Another factor at that stage was that the cost of a film was such that you could go out and make an independent film for under £200 000.00, and it wouldn’t look any different to one that had cost £5 million if you were ingenious and canny. And so, I had a little studio of my own and we were the only studio in Europe of that kind. That gives you a certain status. Although the industry was depressed in the ’70s, I was riding high. It was a very exciting, extraordinary time of my life, and I was barely 30.

Ironically, that lead to me producing a film in Hollywood which cost $24 million, within two years of my successes in Britain.

You have worked with the likes of John Hurt and Richard Harris, as well as Robert Altman and Jean Luc Godard. How was your experience working with these renowned legends of the silver screen?
Rather like Ian Fleming, the great writer of the James Bond books, I always took the view that there were only two people that were phenomenally important to revere. One was Winston Churchill, and the other was God. And so, when I worked with these people that I regarded as really great artists, I approached them on an equal basis. This was not arrogance, it was just that I felt comfortable after I had had an element of success. I worked with them very much collaboratively. What was weird was that these people, particularly Richard and Godard, had reputations of being impossible to work with: very difficult, very very feisty, very opinionated. In both cases, sure, they were like that, but in Godard’s case, from the beginning, we had a very friendly, poetic relationship. Richard was up and down. We adored each other, but we fought like mad during the period. I’ve learnt that you have got to be very straight. You have got to be able to say, “No that doesn’t work,” and if they say, “We want to do it like that,” then I’d say “Well, have a go,” and they would do it and realise they were wrong, and they would come back to my view. 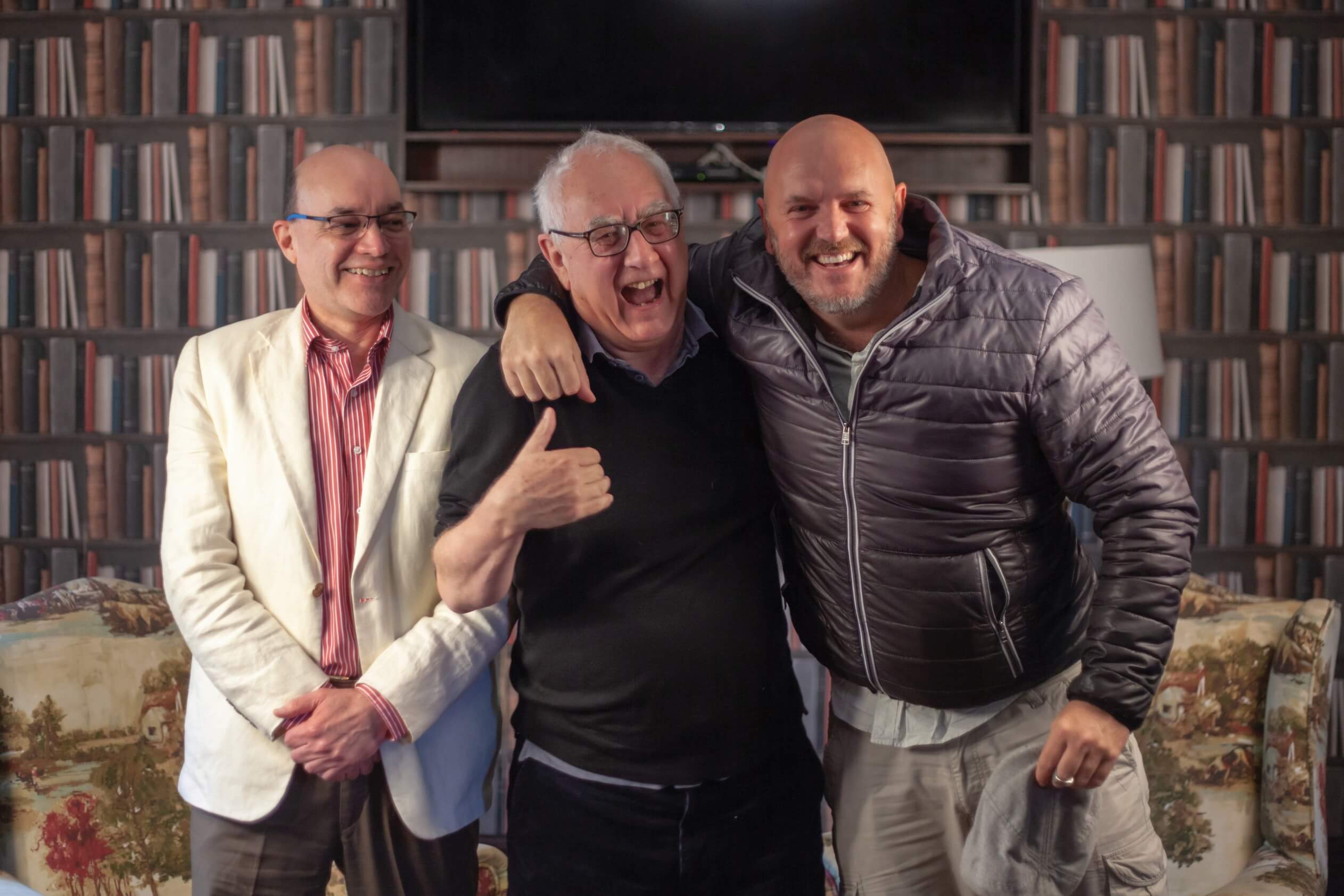 Your film journey is incredibly diverse. You have been a director, producer and writer. Which of these areas is closest to the heart of Don Boyd?
In my passport, I call myself a film director, and that’s really what I learned to do when I was at film school.

I really love writing. It’s quite a lonely process though. My wife is a best- selling novelist, and she shuts herself up in the cubbyhole upstairs and gets on with it, focused constantly on her work. As a director, it is exciting because you’re dealing with a huge crew; you’re dealing with some very clever artists in their own right – cinematographers, production designers – and I love that interaction with them. I love bringing out their talents to match my vision of what I’m trying to do. There are two kinds of films that I have made. I have made movies with huge crews – for the Hollywood film we made, I was the boss of 10,000 people whose pay-cheques were being paid for at some stage over the period of time. Generally, on an independent movie, there might not be two or three hundred people on set at a time, there’ll only be 70 or 80 or even less than that, but that’s quite a handy situation. With documentary films, you have got a director, sometimes the director is also the cameraman, a camera-man, a sound-recordist, and that’s about it – and there is something very pure and exciting about that, and I’ve enjoyed making documentary films hugely too. The process that is also a little lonely is the editing. Once you’ve finished shooting, you’re sitting on your own with all the material you’ve shot, thinking “I wish I’d shot that better” or “Oh that’s rubbish, that’s terrible” and you then almost construct the film again, especially in the documentary field. In the documentary field, the editing process is almost like writing and it gets quite lonely. In the movie way of shooting, with 150 or 200 people, when suddenly it’s just you and the editor it’s quite a sobering moment.

You have experienced much of the world, and your life and career have allowed you to spend some time on the African continent. Do you feel that Africa has evolved, particularly within the film industry?
I was asked earlier on whether I was Scottish, and that is true, I was born in Scotland. My mother was half-Russian/half-Ukrainian, but I believe in a strange, mysterious way that I am an African. I’ve spent a large portion of my life in Africa, almost more so than anywhere else. I was brought up partially in Uganda and Kenya, and I’ve revisited Africa many times. Parallel to Magic, I’m making a film in Morocco. I’ve been to South Africa twice to make films, once for Channel 4 and once for the BBC, and I love Africa passionately. I made a film quite recently about the African Film Festival that takes place in Ouagadougou, Burkina Faso, and I cannot tell you how much fun I had doing that. It was very intriguing, and there you saw a plethora of African cultures, and I felt that I identified with all of them, that I understood them, despite the broad range of cultures that they represented. If you think about Algeria or Morocco, and you compare their culture to that of, say, Tanzania, where I’ve also filmed, they’re very, very different. Tanzania has 120 different languages, for instance. That is fascinating. And here in South Africa, of course, you have got a very exciting, new, vibrant economy and society. I feel it as soon as I come here. I looked around at the airport today and thought wow, this is the Africa that I feel familiar with.

You are an Honourary Professor at the University of Exeter in the College of Humanities, a Governor of the London Film School for 30 years and Artistic Director of www.hibrow.tv, an online platform for the Arts. How does academia nurture the mind and soul of the filmmaker?
Actually, I don’t really see myself as an academic. But what I have discovered is that I have the ability to pass on what I am excited about, personally, and what I’ve learnt. So, in that sense, I enjoy being in academic environments. When I was at the London Film School, they had an MA course in screenwriting. One of the key things about screenwriting is, of course, that what you produce is not the finished article. Your screenwriting is still to be made into a film. One of the things they weren’t doing was engaging the students with the director character, so I very perversely spent a year going through sixteen MA students’ work as screenwriters. I read their scripts, and then inputted on the scripts the directorial input so that they would understand that when they left with their polished scripts, there would be somebody else saying, “Hold on a minute, we don’t like that sequence, we don’t like that character; why do they say that?”; “Why isn’t this section of the film working whereas the earlier section was?” That teaches me as much as it teaches them, and I love my academic work for that reason. You have to think philosophies out, you have to think technologies out to pass on your own information. I spend more time preparing for a lecture than I do writing a script.

What brings you back to the Southern Hemisphere, having previously been in South Africa directing the documentary Man, God and Africa?
I have been in Africa since Man, God and Africa, as I’d said, in Burkina Faso and in Morocco. But I have a friend who was the manager of ‘Wham!’ and who was a very important manager of people in the music industry, Simon Napier-Bell. He introduced me to Rodrigo Chiari, whose short story Magic I’ve turned into a feature film screenplay set in 1975/’76 South Africa.

A small fact I discovered while writing was that television didn’t happen in South Africa until January 1976, for a start. But the idea magic had intrigued me since the day that I had seen a Gully-Gully man on board a ship in Port Said when I was about 7. My father wouldn’t fly from anywhere, he had to go by boat. When we came to Africa, we would sometimes come down along the Garden Route, but sometimes we would go through the Suez Canal when that was possible, and the ship would stop in Port Said. On the ship would come this man who did the most brilliant magic tricks. I have never forgotten them and they were iconic in my mind.

This short story, which is beautifully written, which had a tragic element to it, had funny elements as well, predominantly was an opportunity to deal with an era that, thank heavens is gone, but to explain that characters and individuals within that era were strong and had an opportunity to survive. The story had this extraordinary ingredient, which I was so attracted to – the ingredient of magic. Of course, magic has such a place in African society too. Man, God and Africa demonstrate the African spiritualist tendencies, blended with Pentecostal Christianity, which fascinated me, and so when I read the short story I said to Simon, “I’m your man.” 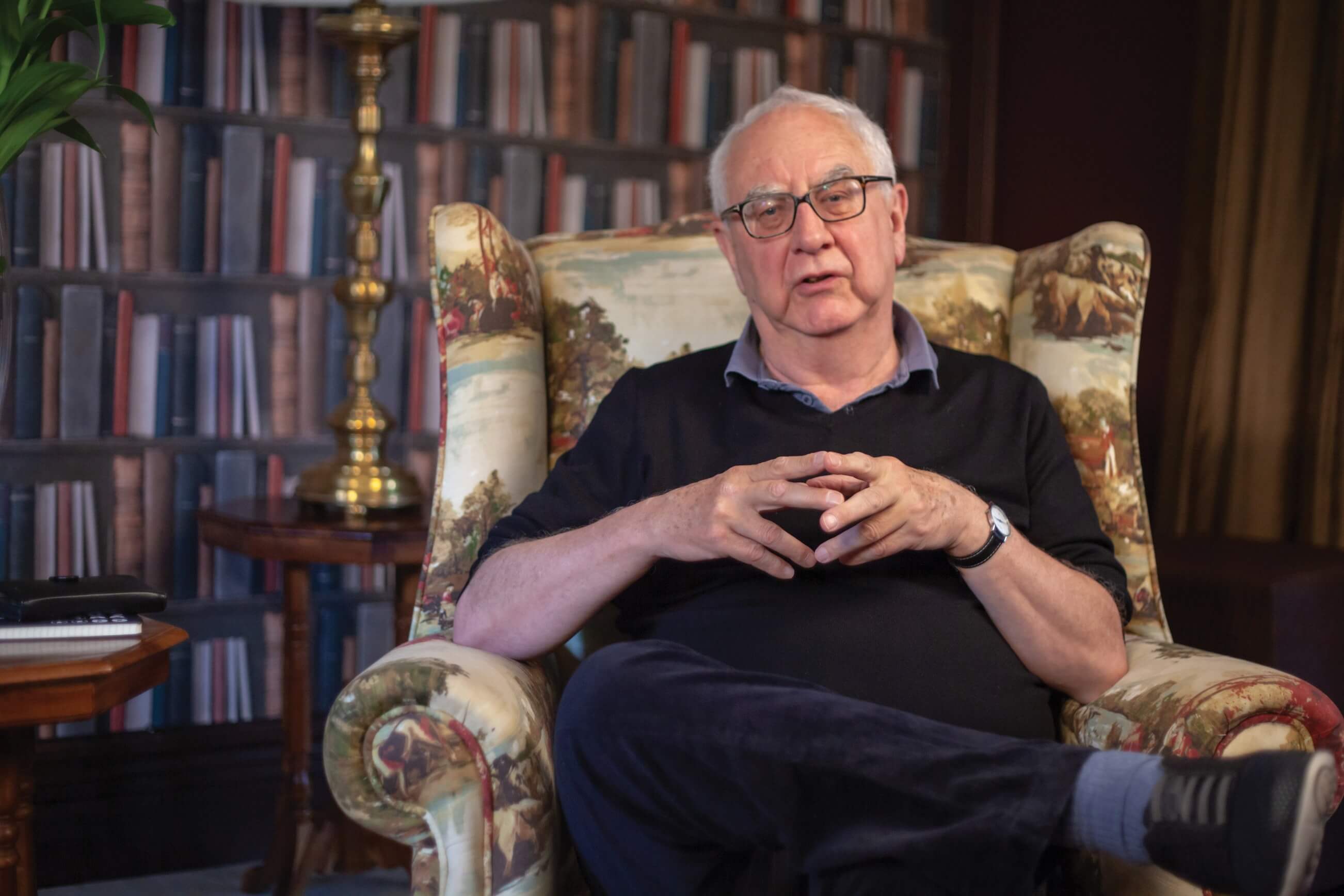