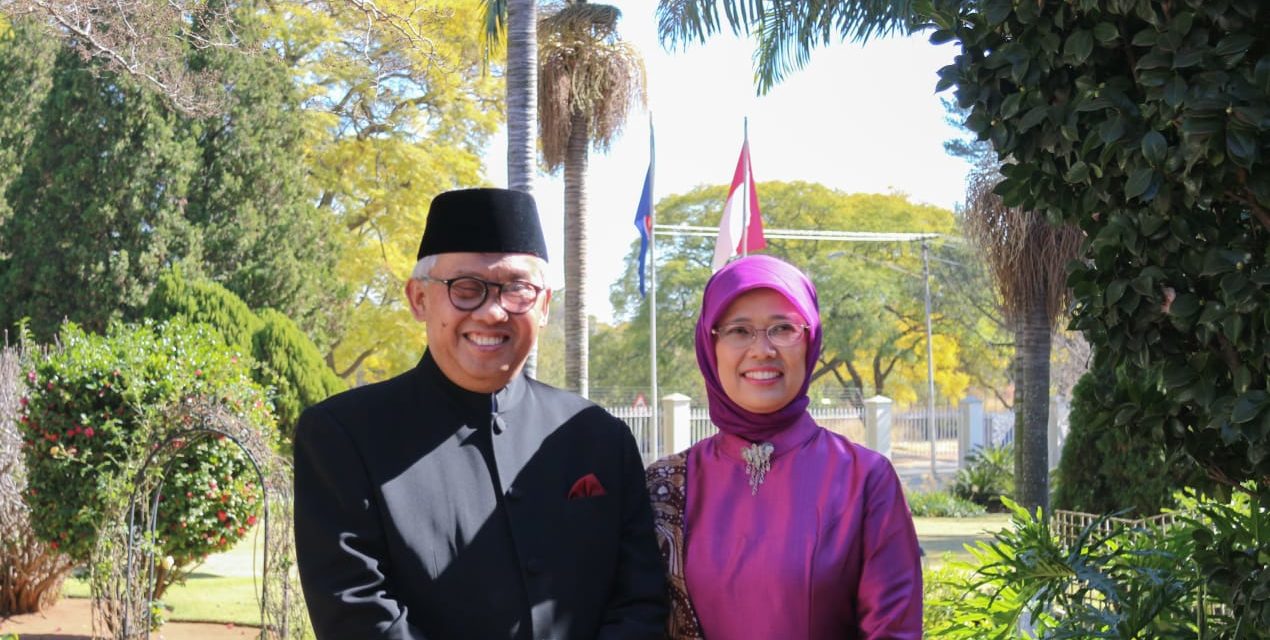 Republic of Botswana; the Kingdom of Eswatini and Kingdom of Lesotho on the occasion of the 75th Anniversary of Indonesia’s Independence Day

Your Excellencies, distinguished colleagues in the South African government and institutions, and esteemed member of the Diplomatic Corps in South Africa; greetings to all of you.

First and foremost, I would like to send my prayers to each and every one of you and your loved ones, may you always be safe and healthy in these difficult times of COVID-19 pandemic.

As we learn from today’s reality, this pandemic has caused grievance to many, our thoughts and prayers are with them. Nonetheless, let us not forget the people who stands in the front line of humanity’s struggle against the pandemic, they are all the truly the unsung heroes in this battle

Today, Indonesia celebrate the historical event that mark our Independence. 75 years ago, Indonesian people faced similar struggle against colonialism, where subsequently, we were victorious and gained the ultimate prize of freedom. Hence, 17th of August will forever be remembered as the Independence Day of the Republic of Indonesia.

In those struggles, our predecessors underlined core values that needs to be upheld by Indonesian people as our identity. Those values are constantly emulated in each action that is taken by Indonesia in its interactions with international communities. Upon having a long-standing good relation with South Africa, we learn that both countries share those common values.

These similarities are reflected in the priorities that have been put in place by Indonesia and South Africa, particularly in these challenging times of pandemic.

Indonesia and South Africa are currently serving their term as the non-permanent member of the United Nations Security Council (UNSC) and have been actively carried out their endeavours to address the issue that has become common concerns such as peace and security, as well as counter-terrorism. Both countries echoed the call for an immediate ceasefire in the conflict zones during this pandemic time, and reaffirms that humanity needs to prevail above all else.

Moreover, both countries also serve as the active member of Foreign Policy and Global Health Initiatives, a process which has become more and more relevant as the COVID-19 pandemic looms over globally. To this end, I would like to reiterate Indonesia’s unwavering commitment for our joint endeavours to provide affordable health care for all.

Another form of cooperation between Indonesia and South Africa in these difficult times is the attention and services provided by the two countries for their citizens who were stranded in Indonesia and in South Africa and unable to go home due to the pandemic. This leads to the joint operation of repatriation processes which have been successfully performed by the two governments.

In this regard, I would like to take this opportunity to convey my sincerest gratitude to the South African government specifically DIRCO, South African Airways, and everyone who played crucial roles in the success of the repatriation processes.

Diplomatic relations between Indonesia and South Africa have been going on for 26 years, however not many people know that the historical relations and the ties of friendship between the two nations have lasted for more than 325 years.

Therefore, on this happy occasion, I would like to invite South Africa to join hands with Indonesia in transforming this romanticism in the past into a more concrete and measurable actions in the future. While the dialogue for some Agreements and MoUs have been temporary paused during the early period of the lockdown, we are looking forward to having these discussions continued as soon as the lockdown restrictions are relaxed.

I believe Indonesia and South Africa would be able to step further in enhancing our mutual relations through a concerted effort.