Independence Day of the Republic of Cyprus – 1st October 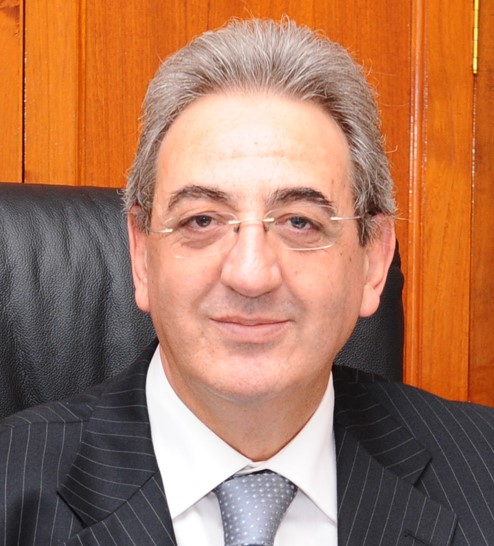 Mr. Costas A. Papademas on the occasion of the Independence Day of the Republic of Cyprus

We mark today the 60th Anniversary of the Independence of the Republic of Cyprus. In other countries, such a day is a day of celebration and jubilation, but in Cyprus it is a day of reflection and soul searching, for those who are in deep thought and worried about the future of our country and people.

Cyprus gained its independence in 1960 after waging a bloody anti colonial struggle. It was recognised as an Independent and sovereign state and joined the international community as the Republic of Cyprus. Unfortunately, its liberation from colonialism had led to a shackled and a fettered independence, that was burdened with terms and conditions, which were exploited by foreign actors and especially by one of the guarantor powers which after manipulations and pretexts leading to an inter communal strife finally ended with an invasion and occupation, in 1974, leaving Cyprus tragically divided.

Turkey using as a pretext the military coup against the President of the Republic of Cyprus and misinterpreting its guarantor ship right, invaded Cyprus with its military, occupying almost 37% of the Northern part of the Island, committing ethnic cleansing of the Greek Cypriots, userbating them from their properties and businesses, colonizing the occupied part with thousands of settlers from the mainland Turkey, with the aim of changing the demographic balance in Cyprus. As a result, Turkish Cypriots are vastly outnumbered by troops and settlers from Turkey.

Priceless religious and archaeological treasures, which are part of the Worlds Cultural Heritage, are still in danger, while many churches, monuments, cemeteries and archaeological sites have been destroyed, desecrated or vandalised. More than 60 000 cultural objects have been smuggled and illegally sold abroad, more than 550 churches and monasteries have been looted, destroyed or desecrated and more than 20 000 icons, sacred vessels, gospels and other objects have disappeared. Churches have been turned into Mosques or places of entertainment.

Despite numerous resolutions, of the United Nations General Assembly and the Security Council, condemning Turkey‘s invasion and all subsequent acts of aggression against Cyprus, and despite all our efforts and attempts, under the auspices of the Secretary General of the United Nations, to reach a viable and comprehensive solution in Cyprus, we face the continuous intransigence of Turkey and its unacceptable insistence to maintain the anachronistic right of intervention and the maintenance of Turkish army in Cyprus, after a solution. Our steadfast objective remains the withdrawal of all occupation troops and the reunification of the island, in the context of a bizonal, bicommunal federation, with political equality as defined in the UN Resolutions. One state with a single sovereignty, single citizenship and single international personality. To this end, the relevant UN resolutions and the EU principles and values, provide a clear framework for a comprehensive settlement, agreed upon by the two communities. Under these circumstances, of course and with the Turkish attitude and aggression expanded and intensified in Cyprus’ exclusive economic zone, and the continuous expansionist and intrusive policy towards Greece and the whole of the Eastern Mediterranean, we are called to negotiate to solve the problems with that country.

Taking into account the latest illegal actions and rhetoric of Turkish leadership towards Cyprus and Greece, we see a very limited possibility to come to a settlement with Turkey. The challenges we face in this volatile world are tremendous. The unity of Hellenism, the close cooperation between Greece and Cyprus and action within the framework of the European Union, in order to counter the Turkish aggression, is more than necessary. We count on the support of all overseas Hellenes, including the active community in South Africa and we call upon all friendly countries, including South Africa, with which we maintain a longstanding friendship and cooperation, and especially in its capacity as a member of the UN Security Council, to support Cyprus in these difficult times. Both countries, we went through anti colonial struggles and we know very well how to value freedom and justice.

The official relations between our two countries started after the end of apartheid, by the signing of the Protocol, for the Establishment of Diplomatic Relations, on 10 December 1993. Ever since, the two countries share cordial relations, based on common historical experiences and the mutual adherence to global values of peace, democracy, human rights and the rule of law. A major building block for this friendship and cooperation has proved to be the membership in the Commonwealth and the United Nations where the two countries actively cooperate. The relations between the peoples of Cyprus and South Africa go back to the end of the 19th century when the first Cypriots started arriving to this beautiful and hospitable country for a better future. In 1934 the Cyprus Brotherhood of South Africa was founded in Johannesburg in order to promote the interests, welfare and well being of all Cypriots residing in South Africa. The Cyprus Brotherhood can still play an important role for the benefit of our community and I call upon all my compatriots to support it.

Closing I would like to express our heartfelt greetings for happiness and prosperity to the people of South Africa and to Presidents Anastassiades and Ramaphosa long life and success in their endeavours.