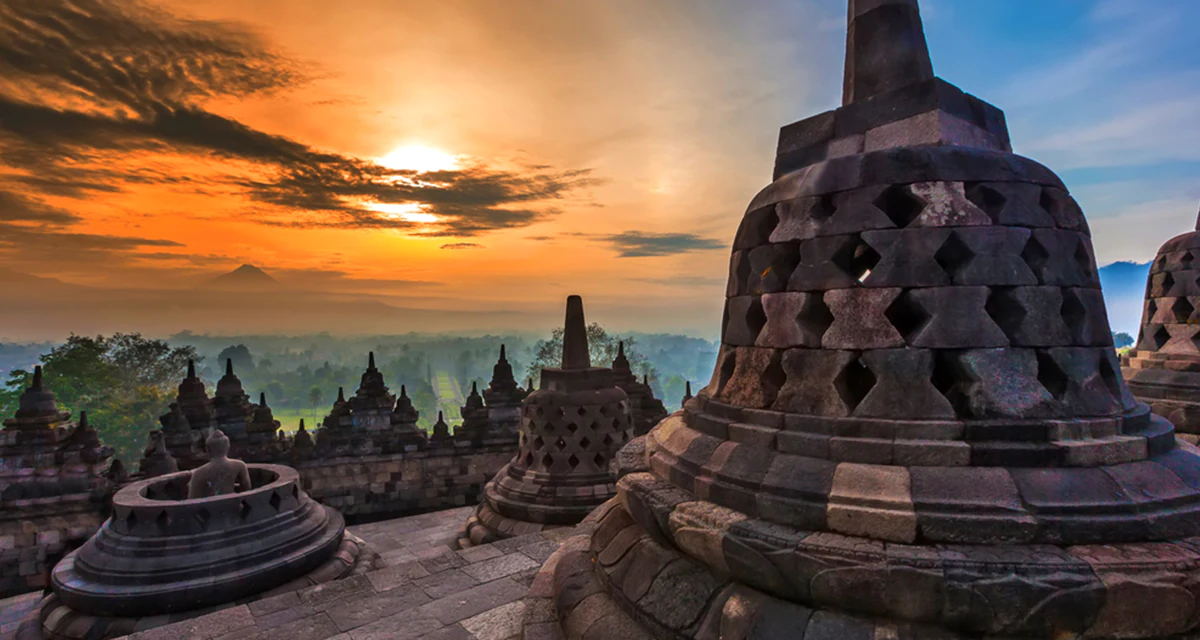 Located on the island of Java, the magnificent Borobudur temple is the world’s biggest Buddhist monument. The temple sits majestically on a hilltop overlooking lush green fields and distant hills. Built between AD 780 and 840 during the reign of Syailendra dynasty, the temple’s design in Gupta architecture reflects India’s influence on the region.

The temple has remained strong even through ten centuries of neglect. It was rediscovered in 1814 under the order of Sir Thomas Stanford Raffles. In the 1970s, the Indonesian Government and UNESCO worked together to restore Borobudur to its former majesty. The restoration took eight years to complete, making Borobudur one of Indonesia’s most valuable treasures.