MY TREKKING ADVENTURES | RICH & FAMOUS ON BOARD THE EASTERN & ORIENTAL EXPRESS 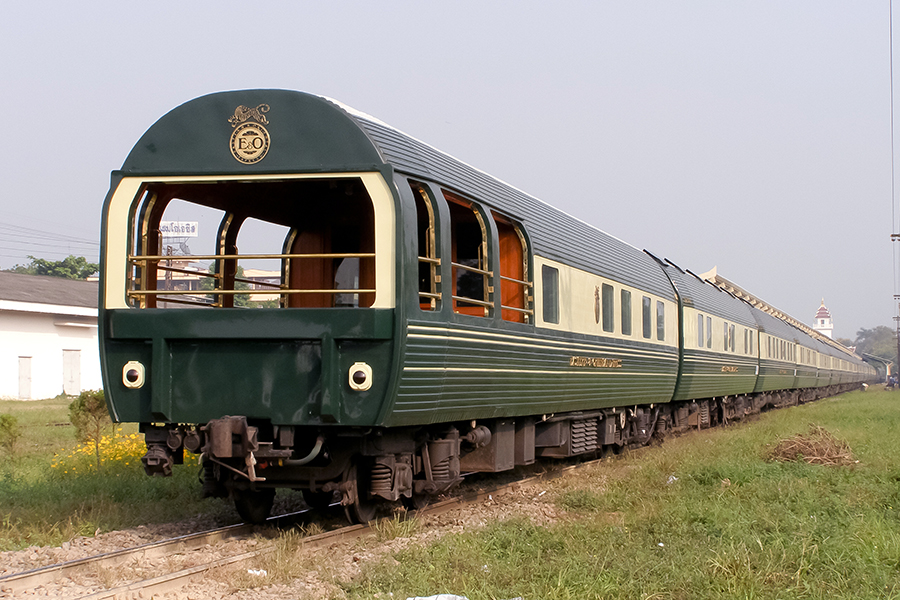 After my Singapore article, last December, I took a short break. So now, I am reconnecting with my dear readers. Apart from working for Panama’s Treasury’s Ministry in Singapore, I was also an Ad-hoc Tourism Commissioner. At the time, Singaporeans were not really familiar with Latin America and were mostly focused on Chinese and Southeastern Asian markets. Nevertheless, the post had a perk for me. The General Manager of the Eastern & Oriental Express offered me a complimentary trip from Singapore to Bangkok, on board a promotional ride of their train. This was not only a test ride, but its passengers made a celebrity tour. The host of a show that featured the extravagant routine of wealthy people, Lifestyles of the Rich & Famous, the British reporter, Robin Leach, had invited one of the females’ cast members of the American TV-series, Knotts Landing and Barbara Eden, the lead of I Dream of Jeannie. Members of the international entertainment press had also been invited and were part of the train’s passengers aboard. 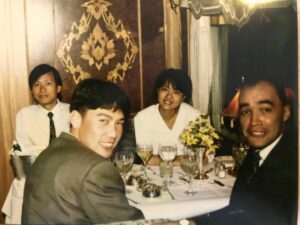 What were the chances that someone might try to pull an Agatha Christie’s stunt and murder one of the passengers? Such a thing did not happen, but still, it was an interesting voyage. There was more glamour, than knives stabbing a corpse, numerous times. And yes, I did pester the star-passengers. I cannot recall if I asked them for their autographs, though I did not waste the photo-opportunity. Everyone was obliging in that sense. I guess they did not have much choice, as they were trapped with the rest of us for forty-eight hours. Mr. Leach was an interesting globetrotter. I eventually got inspired and have recently started developing my own travel docu-series, Millennial Trekker. 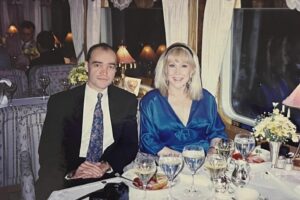 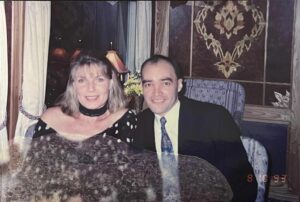 Our trip began at a railroad station in Singapore’s CBD, a Sunday afternoon. It continued through Malaysia, where it made a couple of stops and arrived two days later in Bangkok. We were not informed beforehand about the fact that Leach would be recording one of his series’ episodes on board. The honour to be travelling on board of this selected railway transport did not seem enough and we were pampered with such a treat. The deluxe carriages are comfortable and stylish. The food and free flow drinks were superb. A Filipino piano man, wearing an implacable dinner jacket, was in charge of the entertainment, while the passengers enjoyed their meals. That was my last train trip since. 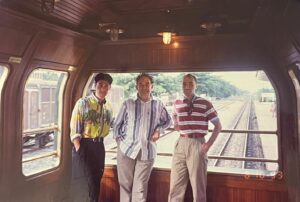 I understand that the service is still available and it is one that I highly recommend. It is the ideal way to combine a visit to Singapore, with an adventure-like experience. I cannot promise that you will be joined by a Hollywood star. But then, one never knows, as this world is full of surprises. The company running this railway excursion also had a riverboat experience over a Burmese waterway, to Mandalay. I believe that it was inspired by Rudyard Kipling’s chronicles. Whatever the reason behind it was, I am sure that those who had the chance to enjoy this passage, were blessed with an outstanding memory. 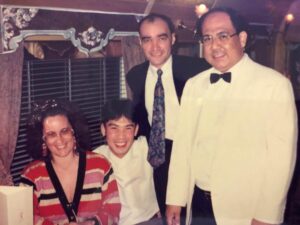 I would like to take the opportunity to thank one more time, the Australian gentleman who was in charge of the Orient Express in South East Asia and who graciously invited me to be part of the experience. Wherever you are sir, all the best!  And to our readers, don’t miss the opportunity and make your bookings soon to travel on this magnificent iron horse.