Mamelodi – The Mother of Melodies 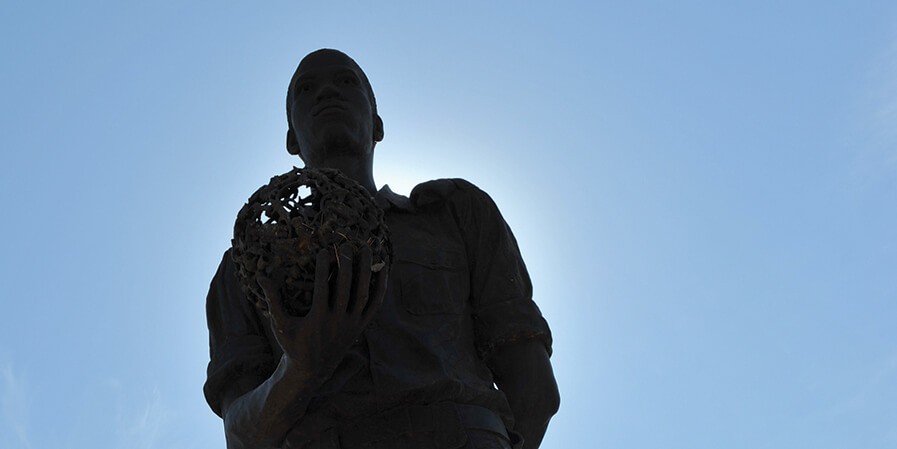 MAMELODI – THE MOTHER OF MELODIES

Because of its rich history and cultural diversity, Mamelodi is one of South Africa’s most famous historical townships and tourism destinations. It is located in the city of Tshwane in the province of Gauteng. The township was established on a farm in Vlakfontein and in the late 1950’s its name was changed to Mamelodi, with just 16 “matchbox” houses – so called because of their shape and size.

The name Mamelodi is derived from the name “Mother of Melodies” which was given by local residents to the then president of the Republic of South Africa, Paul Kruger, because of his ability to whistle and imitate bird sounds.

Mamelodi has a wide variety of tourist attractions, such as Solomon Mahlangu Freedom Square, Stanza Bopape Memorial, Sefako Makgatho Tombstone, Dr Fabian Rebeiro’s House, Mamelodi Rondavels, and many more. Tourists are given the opportunity to taste the diverse culinary penchants of the people of Mamelodi. This activity is expected to expand and continue to provide a warm experience of the community. Tourists can also visit an array of homes, taverns and local eateries where one can enjoy Bunny Chow (kota), Pap and Mogodu and Shisa Nyama.

Mamelodi is the birthplace of some of the country’s struggle heroes who contributed to democratic South Africa. Well-known, iconic figures that come from the township include Sefako Makgatho, Solomon Mahlangu, Dr Phillip Tabane, Rev Nico Smith, Dr Fabian Rebeiro, and many more.

Sefako Makgatho was the second president of the African National Congress. He died on 23 May 1951, aged 90. Makgatho Mandela, the first son of Nelson Mandela from his first marriage to Evelyn Mandela, was named after him. The Sefako Makgatho Health Sciences University is also named after him. To honour him and his wife, a memorable monument stone was placed at the town’s B3-Cemetery.

Solomon Kalushi Mahlangu became a heroic figure during the liberation struggle, but was sadly hanged in 1979 for the role he played in the struggle. In honour of Solomon Mahlangu and many other fallen heroes of that time, the City built a memorial park and named it Solomon Mahlangu Freedom Square. It features memorial walk pathways, an amphitheatre, a photographic gallery documenting all the historic conflicts that had taken place in the township, and a giant bronze statue of Solomon Mahlangu in full Umkhonto we Sizwe military uniform.

On the Southern side of the park there is a house painted in IsiNdebele colours as a shrine. According to Solly Maringa of the Mamelodi Heritage Forum, this house was included because Solomon died a young man aged 22, who did not have a house of his own, and in a way this house represents his home. It is named, Solomon Mahlangu House.

The Square is filled with the town’s history in solid art, built to warm and capture every visitor. On entering, you are guided by some of the town’s most respected visual artists – Solly Maringa, Johan Mashapo and Vincent Molepo, who understand every single space of the area. The three gentlemen have been appointed by the City of Tshwane Tourism Department to guide and inform visitors about the rich history of the Solomon Mahlangu Freedom Square and the entire township.

The Square is filled with artworks and the diverse history of many individuals from different backgrounds. Every piece of art screams with gratitude and pride in their town. There are pieces like the actual Mother of Melodies wall artwork, by artist Solly Maringa, blasted across a large wall made from recycled car materials in blocks of colours that represent the various cultures and languages in Mamelodi; and the Welcome Wall by Obed Mahlangu.

The Square’s pathways are very rich in history. The Mamelodi Victims of Conflict pathway is surrounded with artworks such as The Spine, beautifully clustered with mosaic artworks surrounding and enfolding about ninety-five cylinders with names of the town’s fallen heroes. It then leads to  an area named The Sheds, created by Sello Seloane, with shelters shaped in the form of old-school paper aeroplane envelopes, created to give the impression of getting information across.

The people of Mamelodi put their hearts and souls into the formation of the Square, and you can clearly see this when travelling through this area of the park. The sheds are punctured with holes that create images, each telling a different story about the history of their strength and pain as well as their love for music and musical instruments. Mamelodi was the place where the piano was brought and played.

The park may be filled with diverse beauty and light-hearted artwork, but it is also filled with a painful history. Each pathway is created to educate and immerse the visitor into every painful story of each individual who played a part in its history.

Anti-apartheid activist Rev Nico Smith preached in Mamelodi from 1982 to 1989. After obtaining permission, Rev Smith and his wife were the only whites legally allowed to live in Mamelodi during 1985-1989.

As for music, Moretele Park has become the home of Jazz entertainment in Mamelodi. Many events and concerts such as the annual Moretele Park Tribute Concert are hosted here. Diversity in age and gender fills up every event with many colourful personalities enjoying the entertainment.

Music has always been part of life in Mamelodi, “mother of melodies”. The town is true to its name, with a heritage of the original and unique style of jazz called Malombo jazz, originating from Mbaqanga, traditional Pedi and Ndebele drumming, and the African jazz guitar. Malombo jazz was created by three street musicians, Dr Philip Tabane, Julian Bahula and Abe Cindi in the 50s, playing musical instruments such as drums, the flute and the electric ghetto guitar.

If you want to experience the beauty and warmth of the capital city of South Africa, Mamelodi is the right place to visit. Come experience the warmth of the community, taste its delicious food and visit the various tourist destinations in the township. The minute you enter the town, you will feel involved, as if you’re a part of something far deeper than yourself. Every street has its own story to tell, with knowledge of the town’s history hidden behind every warm face you see across the road.