North of Africa is the largest country in the continent, in the Arab world, and in the Mediterranean basin, Algeria. With roughly 80% of its landmass blanketed by the Sahara desert, it has the second largest oil reserves on the continent. Today we are in the company of his Excellency Ambassador Abd-El-Naceur Belaid, Ambassador of the People’s Democratic Republic of Algeria to South Africa. Excellency, thank you for joining us

Embassy Direct: Your Excellency, as Ambassador of Algeria to South Africa, how would you define your diplomatic tour in the region thus far? How long have you been in South Africa, and are there moments or events that stand out for you?

I came to South Africa in June 2013, directly from Addis Abada where I was Ambassador of Algeria to the African Union. When his Excellency Abdelaziz Bouteflika appointed me to South Africa, it was a great honour professionally, but also one that offers personal satisfaction. Because of the historical relationship between Algeria and South Africa, for me to serve in the land of Madiba (Former President Nelson Mandela) is a fantastic experience. South Africa, this beautiful country, has excellent infrastructure and is very rich in terms of political experience, economic experience, in scientific knowledge. I am still enjoying my stay here, and I am still discovering (the country).

One date that marks the tour for me was when I arrived in 2013. You’ll remember the passing away of the icon, Madiba, was in December that year. I was looking at history, as Hegel said once in Berlin, on horseback. It was a very particular experience that marks my life.

Often the role of a diplomat can be somewhat glamourized, when in truth I know, as a former ambassador myself, that the job has its hardships as well, such as the difficulties involved in relocating from the one end of the continent to the other. Are you here with your family, how have they adapted and how has their overall stay been thus far?

I am here with my wife – my children are relatively old and have their own independence. I’ve been a diplomat since 1980, which means my family has the necessary experience and has been excellent in managing the effects of these sudden changes and challenges of the diplomatic life. It’s not easy because every four years you face new conditions of life. It is richness, but also at the same time there are also some constraints.

Exactly a year ago, in March 2016, President Zuma arrived in Algiers on a state mission for the 6th session of the Bi-national Commission. There, our two presidents discussed bilateral collaboration in areas of agriculture, energy, higher education, as well as sports and recreation. Could you elaborate on this visit, about its progress, and about what has been achieved together since?

His Excellency, President Jacob Zuma, had the state visit to Algeria in 2016. That visit caused real momentum in our relations, and its results covered all aspects of bilateral relations and cooperation. Algeria and South Africa established one of the first binational commissions, because of our historical relations, and excellent political relations. That visit geared new impetus within these relations, and now we are working with our South African partner to implement the results and decisions of that session. Another example was the African Forum on Business and Investment, that Algeria organised last December, 2016. Within the South African delegation we had representatives of groups and companies, and South Africa was the largest delegation with more than 150 participants. We even organised a special return flight from Johannesburg. We have established relationships between Algerian and South African companies.

Algeria is South Africa’s largest trading partner in the region, accounting for 32% of total trade in Northern African. Total exports to Algeria are valued at R1.8 billion annually, while imports are valued at R86 million. What is the nature of our trade relations with Algeria, and what is being traded? Additionally, do you have a chamber of commerce or trade attaché at your mission?

Yes, we have an economic trade attaché at the embassy, since 2016. The South African side also appointed an economic and trade attaché at their embassy in Algiers. As far as the volume and nature of bilateral trade is concerned, our relation covers all sectors. What is important is that we are now here to make new big steps in this bilateral economic and trade relation. We have had a big event with Brand South Africa in Rosebank, bringing economic and trade actors together. The formula has been very fruitful, we have put the train on its best rails, and the results have started to appear.

How would you define Algerian culture? What music, dance, art or craft would you say is distinctly Algerian, and what are your government and citizens doing to nurture such cultural practices?

During the last few decades, a consensus has appeared amongst sociologists and intellectuals that the richness of a culture depends on its diversity. Algeria is in a very strategic position, it is a very rich country, and it attracts both the appetites of the invaders, and the people of the resistance. For example, we have adopted many parts of the Phoenician culture. Elements and customs were inherited from other different cultures, for example, cuisine: Algeria is the land of cuscus. But because of the richness of our culture, we have at least 200 ways of preparing cuscus, from one region to another. Some regions prepare it with fish, others with lamb, or with veal.

The Algerian culture has always succeeded to preserve itself. With globalization, it is important to integrate and benefit from imported cultures without losing your own personality. The Algerian nation, as a state, existed more than 2000 years ago, and we are still the same, only our name has changed throughout history from Numidia to Algeria. In relation to a culture of resistance, for example, the first African head of state to see Africa for Africans was the Algerian King Massinissa, when he was fighting against the Roman Empire. As you go further along our history, until our glorious liberation from 1954 to 1962, such events would forge the culture, as well as the policy and politics of Algeria.

When I was previously ambassador to Tanzania, someone came to me to propose a show of the Algerian cultural dress, for one evening. I said to him, “My brother, it is not possible to do this just for one evening. You would need two weeks,” because, if you look at the richness of traditional dress, especially amongst woman, you go back thousands and thousands of years. Last year, we decided to organize an Algerian cultural season in South Africa in the forthcoming months, as a means also to promote tourism.

In that line of thought, how would you describe tourism in Algeria? What attracts foreign visitors to your country, what should one definitely try not miss should one find oneself in Algeria? Additionally, what are the visa regulations for South Africans wanting to travel to Algeria?

South African citizens don’t have any problems getting a visa to go to Algeria, and it is a free Visa. I’d like to recommend a website address, because of its gallery of photos: www.embassyofalgeria_rsa.org (click ‘Cultural Gallery’).

We have a coastline of 1200km which is almost virgin. To protect the Algerian coast, for example, one does not have the right to build beyond 300m from the beach. Our tourism includes mountains, if you go to Algeria you will see chains of mountains in the north full of snow, and you can ski in Algeria. We have the Sahara, a very unique experience is to visit the Algerian oases, which are considered some of the most beautiful in the world. As the largest African country, it gives us the chance to have the largest landscape, you can go from snow to oases. A big portion is religious tourism, you can see the Cathedral of St Augustine. Many sights are now classified by UNESCO as Heritage Sites of Mankind.

Excellency, you have left our readers and viewers excited to one day visit Algeria.

Pleasure to meet you again, and thank you for this opportunity to talk about Algeria.

Thank you so much for your time, Your Excellency. 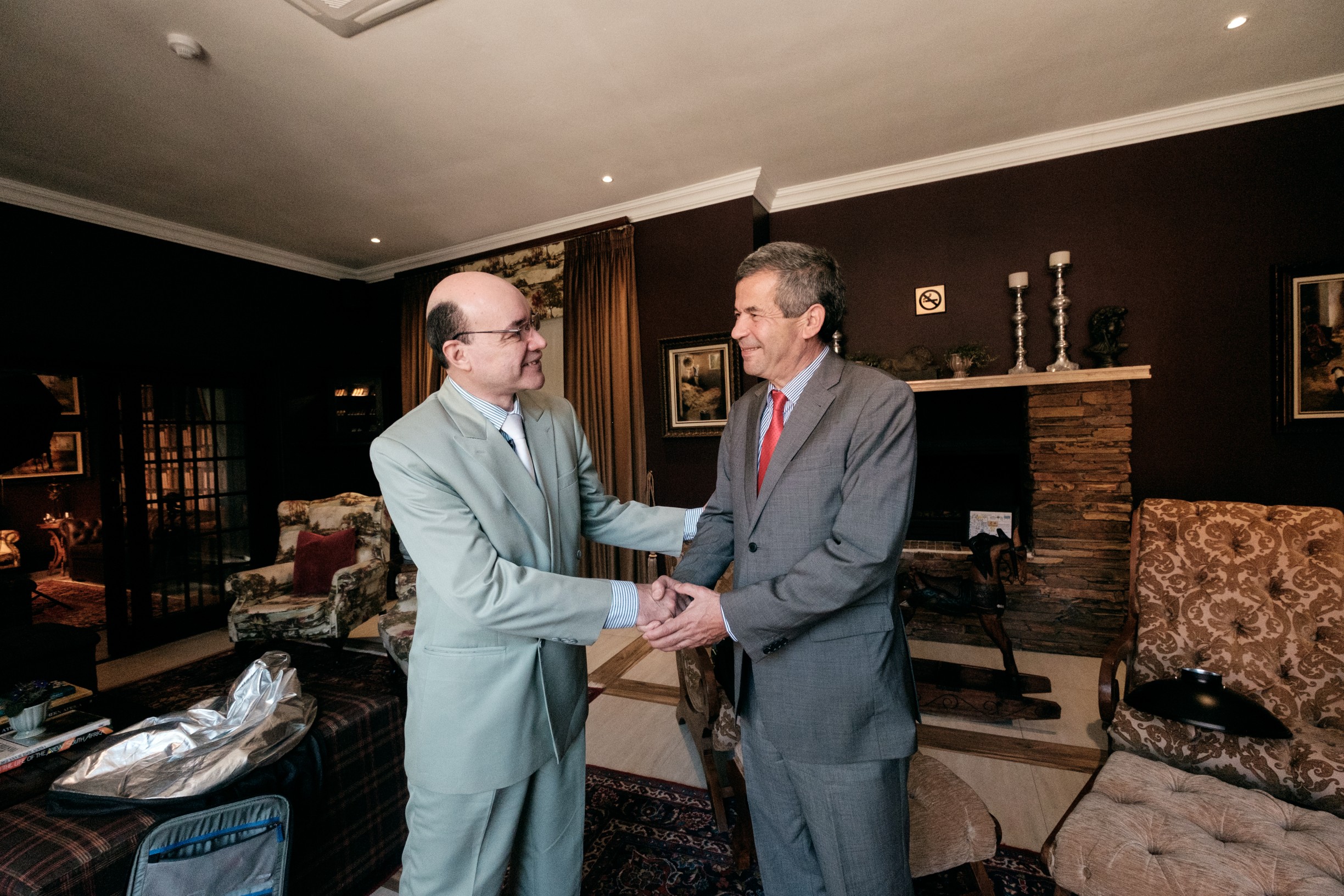