Excellency, what is your experience of the African continent?

I have spent most of my career on the African continent, working on China-Africa relations. I was a counselor in Zambia for three years; I served as ambassador in both Liberia, and Malawi; and I was Director General at the Department of African Affairs in Beijing. As a career diplomat, I have had the opportunity to travel around the continent, and I really love it.

In the past four decades, China has transformed from a country with extreme poverty to a world leader. My goal is to help Africa follow that trajectory. Africa has incredible resources: both human resources and natural resources, but it lacks the capacity to develop. As a friend of this continent, we hope to work together in this regard.

Ethiopia is country that highlights the China-Africa partnership. We have built railways and ports there, and since our involvement, the country has moved away from being considered one of the world’s poorest countries, to the country with the fastest growing economy in the world.

What major accomplishments have South Africa and China achieved through BRICS, and what do you believe the future holds for this multilateral forum?

BRICS consists of some of the emerging markets in the world, Brazil, Russia, India, China, and since 2010, South Africa. The combined population of these countries accounts for more than 42% of the total world population.

The BRICS group produces remarkable results – visible, tangible results that benefit our people. In the past 11 years, BRICS has brought about a lot of good, including the establishment of the New Development Bank (NDB). With an initial capital of US$100 billion, it is run on equal footing, and is not dominated by any one country. We have shared, democratic, and equal access to the NDB.

Since BRICS came into being, the GDPs of its members increased dramatically. The aggregate total GDP of its member states increased by more than 180%, and because we are joined together, the trade volumes between our member states also increased by almost 100%. This is a good example to other emerging economies that shows the benefits of working together and supporting each other.

Other than BRICS, what are the main areas of collaboration between China and South Africa and what new cooperation agreements might soon develop?

China is a new friend to South Africa, and our relationship is younger than others. We have shared diplomatic relations since 1998. Our cooperation has increased due to our involvement in BRICS, the G20, and the Forum on China–Africa Cooperation (FOCAC). Our two heads of state share frequent exchanges, and regular bilateral meetings. The relationship is very dynamic, and full of energy.

In terms of investment, South Africa needs a lot of fresh investment, and China has become one of the key investors here. Chinese public and private companies invest a total value of more than US$25 billion, with assets in the country valued at almost US$100 billion. We have created more than 400 000 local jobs. 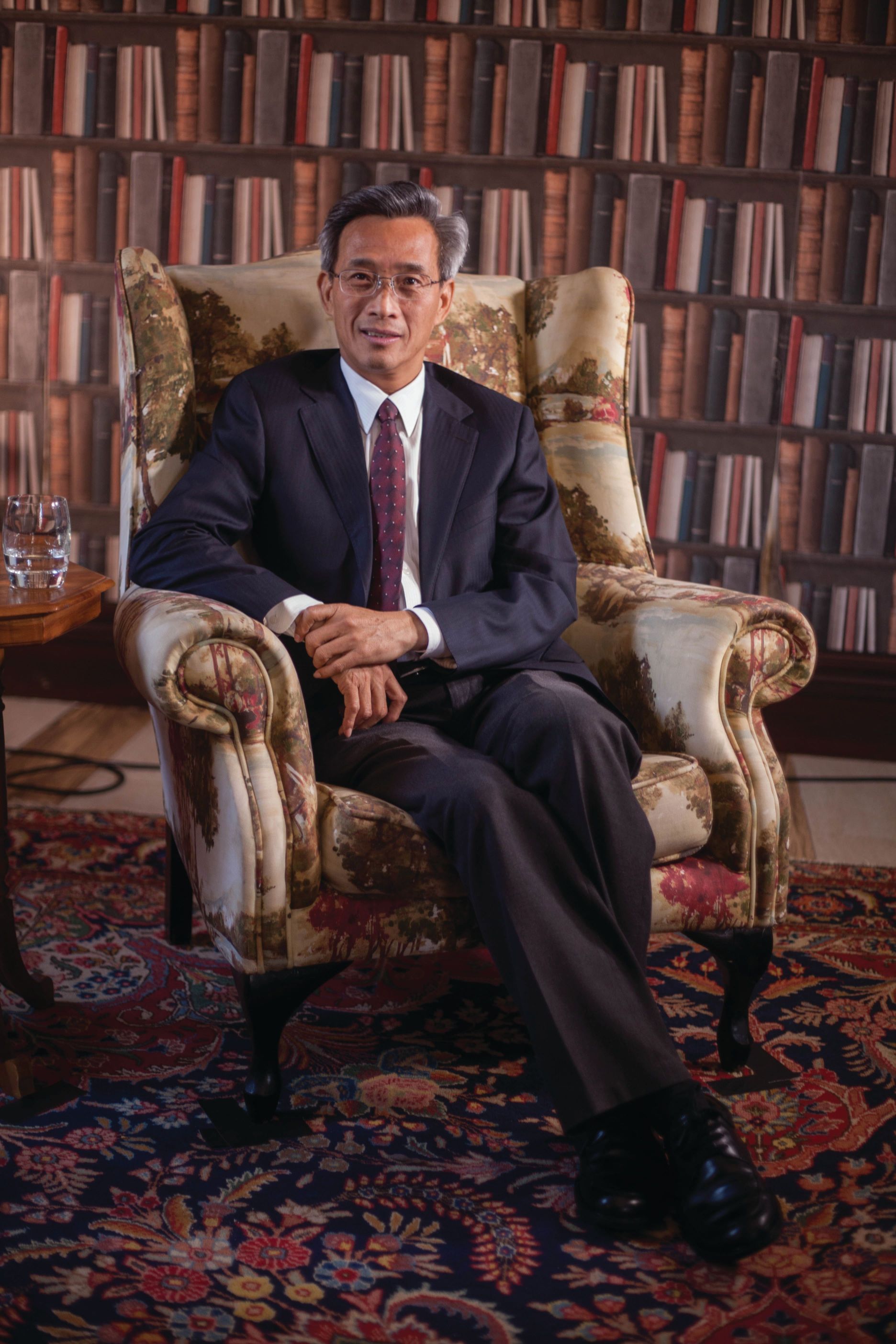 How does this investment impact social development on the African continent, particularly? What do you think attracts Chinese investment to South Africa?

I have travelled around Africa a lot. It is three times bigger than China, and there are 54 countries on the continent, with a total population of 1.2 billion people. However, many of these countries are in poverty. We like to consider ourselves friends, brothers, and sisters to the African continent, and that means we have to help and support each other to survive.

We encourage private Chinese companies and businesspeople to invest here. The problem in a continent with so many resources is development, and in my personal assessment, this is due to a lack of capacity building and infrastructure development, like highways, railways, seaports, airports, communications, as well as water and electricity. I’ve been to countries like Zambia, Malawi, Liberia, and others, and many of these countries only have one major highway system, so they are not ready to cope with large-scale investment. South Africa is in a unique position, because it is ready for this investment.

We have initiatives on the continent targeting infrastructure development, which leads to sustainable development. Human resource development and education are other areas of focus. Up until now, we have built over 10 000kms of highway roads on the continent, and more than 6000km of railway. We helped build a trade route from Dar es Salaan, Tanzania, to Angola. We built two railway systems in Nigeria which are now operational, and we built railways in Ethiopia, and in Kenya – countries with high growth rates, influenced by the help of China. We have built over 200 schools on the continent, and nearly 80 electric power stations and dams.

South Africa is one of the most important countries for investment, because of three unique advantages. Firstly, they have adequate resources: mineral resources, agricultural resources, land resources, ocean resources, and most importantly, human resources. Secondly, the location is unique, and serves as an entry point to the continent. Why is Dubai developed? Why is Singapore developed? Hong Kong, and Shanghai are similar. We opened China to the world starting with our coastal cities. Third is the foundation and condition for development, and the current infrastructure here is good.

For South Africans who want to engage in trade with China, do you have a chamber of commerce, or a trade office?

We have a commerce section at our embassy, and we have a strong group of people there who can offer information. Nowadays, the individuals or businesses that would like to do business with China do so on the internet, so if you would like to know anything, you can find it online. If you have other questions, you are welcome to visit the commerce section of our embassy.

How do you encourage to potential tourists to visit China?

China is an old country, with over 5000 years of civilization, so there is a lot of history on offer. But China is also a very modern country, with a new, developed energy. It is the second-largest economy in the world; the largest manufacturer, and the largest trading partner of more than 100 countries in the world. We encourage tourists to come see this development.

We are open, and we welcome our friends to visit China as tourists or business partners.