Excellency, in which countries do you serve as ambassador?

I am ambassador to South Africa, Mauritius and Lesotho. Prior to this appointment, I was Director for Africa at our Ministry of Foreign Affairs in Brazil.

As a career diplomat, I have more than 30 years of Foreign Affairs service. I have served as Deputy Head of Mission at our embassy in Buenos Aires, Argentina. As Ambassador, this is my first appointment.

Please share some of your personal and professional experiences in the region thus far?

It is a pleasure to be back in Africa.

Before I was Director for Africa in our ministry, I was advisor to the Minister for Africa and the Middle East, so I started dealing directly with Africa in 2003. Since then, I have visited over 30 other African countries, and although I had never lived in Africa before, I have been coming here for the past 15 years for important exchanges.

I was particularly thrilled when I was invited to be ambassador in South Africa, because it meant the continuation of my work in Africa, now at a specific bilateral level between Brazil and one of our main partners in the world.

BRICS is an important South-South forum. What social and economic impact has it had on its members?

BRICS continues to play a very key role in the global scenario. It is important to bear in mind that BRICS is a diverse group of countries who share their experience, but at the same time have very different experiences, different cultures, different histories. Such a pragmatic approach means that we don’t necessarily see the group as one that has to think exactly the same, but rather one with a common approach.

Its results affect not only government, but also the private sector. This impact on both government and the private sector has a direct impact on the people. We meet regularly to discuss everything from the promotion of trade and investment within the group, to developments within health and financial services as well.

We have made developments in the health sector, specifically to do with tuberculosis and new screening and diagnosis technologies in that area. Our advancement in the financial sector is one that has had more publicity: we helped reform the IMF (International Monetary Fund) and other institutions; and very importantly, we created the New Development Bank (NDB). These are just two examples.

Last year, South Africa was the president of BRICS, and this year is Brazil’s turn. We have identified areas to target as a priority, including science, technology and innovation; the digital economy; the fight against transnational crimes, against drug trafficking and so on; and the coordination between the New Development Bank and the private sector. While the NDB is government created, we want its work to be in direct contact with the private sector.

Outside of BRICS, how have Brazilian-South African relations developed and what are the main fields of cooperation between the countries?

When I started working with Africa in 2003, South Africa was already one of our priorities. Since then, bilateral relations have developed quickly. An increase in resources shows in increase in priority, and proof of our focus in South Africa is that our embassy here has grown. We have more diplomats, and more staff than we did 15 years ago. We have recently moved to new, bigger offices in a very vibrant area of Pretoria, next to Times Square.

We have initiatives in all areas – some naturally advance quicker than others, and it is impossible to tackle everything at once. Defence is one important area of bilateral cooperation. In the last decade, we have developed a joint air-to-air missile, together with South Africa, which is very competitive in the defence market. This year we will focus on Agri-tech, another area in which I think there is huge potential. Agriculture is an important contributor to the GDP’s of both Brazil and South Africa.

In the area of Trade and Investment, things are going very well. We had a bilateral meeting between President Bolsenaro and President Ramaphosa in Davos this year – Davos being a landmark for economic investment and cooperation. This bilateral meeting was the first meeting of both presidents after our elections in Brazil. We also had a presidential meeting at the G20 summit in Japan.

What areas of trade and investment are being successfully encouraged between Brazil and South Africa by your Mission? For South Africans wishing to engage in trade with Brazil, is there a chamber of commerce or trade office that one may contact?

We don’t have a specific bilateral chamber of commerce, but we have a Brazil-Africa chamber of commerce in Brazil that could be helpful to any businesspeople who may need more information on bilateral trade. We have a trade section at our embassy in Pretoria that can be helpful to businesspeople who would like to do business with Brazil, and we also have a Consulate in Cape Town that has a trade section. We are ready to support any South African businesses that want to do business in Brazil.

Naturally, trade and investment can only improve, and I believe that we have a lot of unfulfilled potential. Our bilateral trade is around US$2 billion, a figure we estimate can be more than doubled in the next five years.

A few years ago, the Mercosur-SACU Preferential Trade Agreement came into being (Mercosur, the Southern Common Market; and SACU, the South African Customs Unions), so we try our best to promote interaction between the private sectors in both countries, through BRICS and through bilateral administrations. I also rely on the support of the South African embassy in Brazil.

We have investment from both sides. South Africa invests in important areas such as mining, for instance. Brazilian investment here includes AmBev, who invest in South African Breweries; and Marco Polo, who have produced busses here for more than 20 years. These established investors rely less on our support. We focus on supporting smaller investors, or the small businessperson. We help them identify partners in Brazil, and can offer any information that they require. We try to promote contacts; we do market research and analysis; we organise seminars. The results have been very encouraging.

There is an important presence of the African diaspora in Brazil. How has this influenced your traditions, and your culture?

An interesting question, and sometimes people do not realise the opposite is also true: the influence that Brazil has had on Africa, particularly in relation to returnees. As you know, most of our African population in Brazil had been brought as slaves from Africa during colonisation, particularly from Angola and the Benin gulf. When slavery was abolished in Brazil, many returned to Africa, and with them, they brought architectural influence, culinary influence, and some of our customs back home. In some African cities, you may find a ‘Brazilian Quarter’ – a neighbourhood mainly inhabited by those who returned from Brazil. In Ghana, the Tabom community couldn’t speak the local language when they arrived, so they spoke Portuguese. The first president of Toga’s independence was from a family that had returned from Brazil.

The African influence in Brazil is present in our everyday lives. It has influences in our music, our culinary skills, and our vocabulary. More than half the people in Brazil consider themselves African descendents, or of African origins, African-Brazilians. 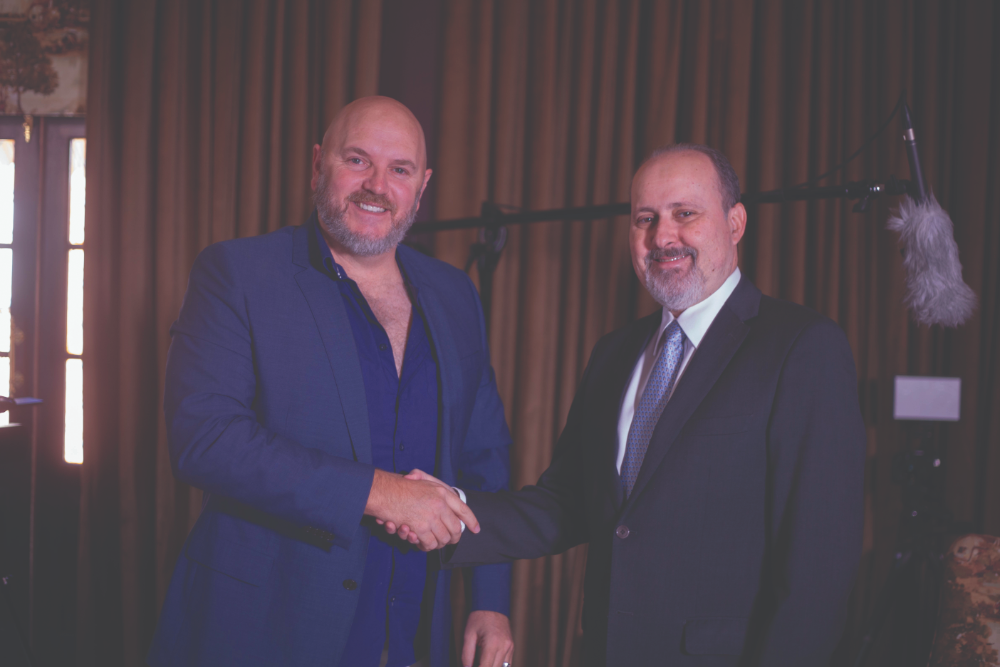 The Rio Carnival is probably one of the most iconic events in the world. How do you encourage South Africans to visit the Carnival, as well as other exciting travel destinations in Brazil?

South Africans do not need a visa to come to Brazil, and it is much closer than people think. With daily direct flights between our countries, it is a shorter trip than going to Europe.

Our tourism flux is not only people wanting to attend Carnival. We have many possible destinations, and many different types of tourisms. We have forest tracking and other environmental tourism; we have great beaches; but we also have many cultural manifestations, and Carnival is by far one of the most well-known festivals around the world. It attracts tourists from all over the world. Many people think that Carnival only takes place in Rio de Janeiro, but it is in fact celebrated all across the country.