Excellency, as ambassador of the State of Eritrea to South Africa, please share some of the personal and professional highlights of your experience here?

Thank you for inviting me to talk about my country, and to reflect on its history and challenges, both past and present.

I have been in diplomatic circles since 1992. South Africa is my third posting. Though I am based here, in Pretoria, I am also accredited as a non-resident ambassador to other countries in the Southern African Development Community (SADC). This appointment allows me to acquaint myself with other representatives from many different countries; and it allows me travel throughout the country, and the Southern African region, in order to meet people from all walks of life.

I am delighted with the appointment, and I have no doubt that I have benefitted and gained experience that will aid me in the future of my diplomatic career.

Ambassador, could you elaborate on your country’s history, and how the state of Eritrea came into being?

Eritrea is one of the younger nations of our continent. Situated along the Red Sea in North East Africa, it occupies 124,320 square kilometres of land, and our coastline extends roughly 1300km.

As a modern state, Eritrea was invaded by Italy when most European countries were colonising Africa. Italy left during the Second World War, having been defeated by the British, who remained there no more than 10 years. When the British withdrew, Eritrea was left unbalanced. The United States of America, and other western countries eventually stepped in and decided to federate Eritrea with our neighbouring country, Ethiopia. This decision reflected the interest of the US, in particular. I quote then US Secretary of State, John Foster Dullas, who succinctly said, “the strategic interest of the United States in the Red Sea basin and the considerations of security and world peace make it necessary that the country has to be linked with our ally Ethiopia.”

Eritrea responded by forming the Eritrean Liberation Movement in 1961, resulting in a war against Ethiopia that would last 30 years. The struggle eventually ended in 1991, alongside the fall of the Mengistu regime in Ethiopia. In 1993, a United Nations-led referendum resulted in the overwhelming approved of Eritrea as an independent national state. But this did last long, and a war between Ethiopia and Eritrea erupted again in 1998, due to a border dispute. The war ended in 2000 with the signing of the Algiers Agreement, and the Ethiopian Boundary Commission was consequently established. The commission had a mandate to delimit and demarcate the territory between the two countries, and while it came to a verdict in April 2002, Ethiopia refused to demarcate the boundary that Eritrea insisted must be demarcated, as defined by this verdict.

After two decades of stalemate, the two governments signed a declaration of agreement, of peace, friendship, and comprehensive cooperation in July 2018.

How would you describe bilateral relations between the State of Eritrea and South Africa?

Our current bilateral relation is cordial, and excellent. We have a strong historical connection, having both defeated tremendous challenges in the struggle for the liberation of our people and our countries, and I am sure this helps us engage with the promotion of peace and stability on the continent. Diplomatic appointment in both capitals at ambassadorial level indicates our two governments’ desire to broaden, deepen, and strengthen the already existing bilateral relations. Eritrea considers South Africa as one of its close trade partners, and as ambassador, I am duty bound to work hard to intensify our cooperation, particularly in education, infrastructure, fisheries, mining, as well as arts and culture. This is moving swiftly.

The Eritrean Minister of Foreign Affairs visited South Africa twice, in 2011 and 2012. I met with his South African counterpart, then Minister of International Relations and Cooperation, Ms Maite Nkoana-Mashabane, and signed a letter of intent that agrees to work together to establish a consultative commission. Our two countries continue to visit each other through regular high level delegations. 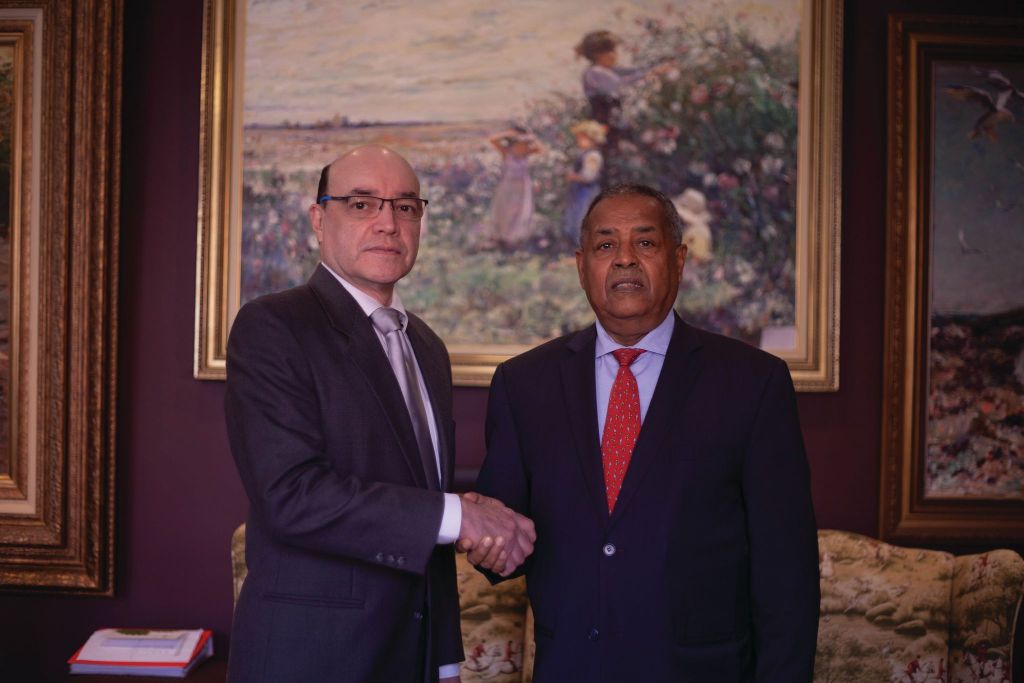 In relation to investment, what business opportunities currently exist in your country? Is there a Chamber of Commerce or Trade Office one could contact?

Our investment policy is open. It allows and permits both domestic as well as foreign investment, and encourages investment without restriction and discrimination. Our policy exempts export customs and sale taxes, since investment is a catalyst for economic growth. We mobilize and attract investors through the Eritrean National Chamber of Commerce, which is a conducive environment for investors. Eritrea encourages equal footing towards Foreign Direct Investment (FDI) and domestic capital, and allows foreign investment to own an enterprise on its own, or to partner with domestic capital.

Regarding business opportunities, Eritrea is largely untapped with wide opportunities in areas of agriculture, fisheries, manufacturing, in the manufacturing of leathers and textiles, as well as packaging, and financial services.

My government is eager to look at SADC community businesses, in the hope of leading to the promotion of tripartite cooperation between the SADC, COMESA (Common Market for Eastern and Southern Africa), and the EAC (East African Community) – with a combined population of 600 million people, and a GDP approaching US$12 trillion. 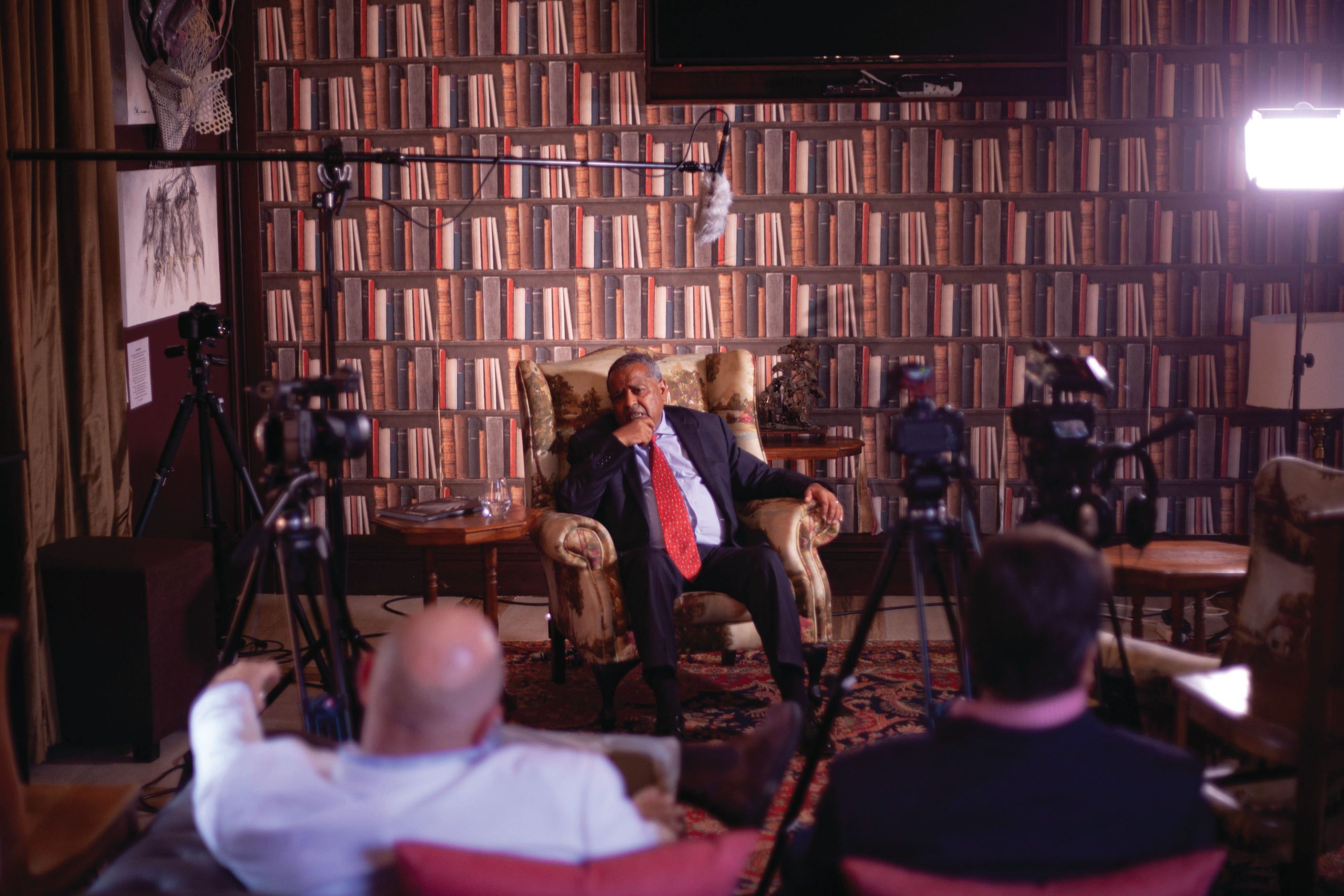 Your capital city, Asmara, has recently been nominated as a World Heritage site by UNESCO. As a tourist destination, what does Eritrea have to offer to visitors and what makes these offerings unique?

In terms of tourism, there is so much history on offer in Eritrea.

Our buildings were built by the mass labour forces of our native people, but there is influence from Italian engineers as well, for the duration of four decades in the early 20th century.  Anyone strolling through the capital city can see that some of the buildings somehow look like a sailing ship, or an airplane. You will see Orthodox Churches, Mosques, and cinemas, which were already built during this Italian colonisation. I’ve heard from foreign visitors who say that Eritreans, or those living in Asmara, are living in a sort of open-air museum. Some of our religious sites exhibit 6th century architecture, the Orthodox Churches called Debra Bizen or Depbra Sina. There is also a chapel called Marie. Debra Bizen is a 6th century monastery on hill, so it requires a climb to get there. You will find many ancient libraries in Eritrea as well. There is a place called Nak’fa, which is home to the Ethiopian resistance movement. For over 30 years, Ethiopia wanted to capture and occupy Nak’fa, but they never even reached the edge. There are museums and other remnants of the war there; and the name of our currency is called the Nak’fa.

For the adventurous tourists, particularly, the landscape is very fascinating. We offer attractions such as hiking, rock- and mountain-climbing, mountain biking, and many other very interesting archaeological sites, particularly in the southern parts of Eritrea, such as Matara, near Sanafe, or Qohaito.

There are other places to visit as well, such as the tropical beaches of Massawa, for instance, where one can enjoy diving. We have a great tourism line that connects our capital city with our port in Massawa.