As Ambassador of Georgia in South Africa, what are some of your most memorable experiences in the country?

I arrived in South Africa at the end of 2012. From the very moment I stepped out of the airport and drove off, I interacted with local South Africans, and this is a most memorable moment for me. It was my first arrival on the African continent and in this beautiful country, and I registered a lot of similarities with my own people, and with my own country.

What relevance does the African continent have to Georgian foreign investments, particularly in South Africa?

I am very proud and blessed to be the first Georgian ambassador in South Africa. We opened our embassy here in 2011, and I arrived in 2012. This was part of a big diplomatic expansion. We decided to open embassies beyond our immediate neighbours in Europe, and we decided to do so in Latin America and in Africa. We did it because we believe in diversification. We believe that in this ‘global village’ and the globalised world, you have to seek friends, allies and partners everywhere.

We have three embassies in Africa: in Egypt, in Ethiopia, and here. From South Africa, I cover 12 other countries, so I am ambassador to 13 SADC countries in total. One of the tenets of my government’s policies is diversification: to diversify partners, imports, exports, investments. This is the mission with which I arrived: to make new friendships, and to explore new possibilities of investment and partnership.

We have trade and investment both ways. The Southern African-Georgian Chamber of Commerce, composed of businesses from both countries, and those from other countries in the SADC region, has been running for several years. They are linked to communicate and exchange business interests. Georgian businesses do not have the experience of doing business with South Africa, and the same applies the other way around. We therefore decided to start with soft contact, people-to-people projects, and naturally, two areas that are important to both countries came up: wine and rugby. We find these two commonalities as vehicles to increase awareness and trust, which would be conducive to economic activity.

People are often surprised when I mention wine. It is not widely known that not only are we producers of wine, but we are historical inventors of wine. We are one of the only countries that has several hundred cultivars. Several years ago we introduced the Georgia-South Africa Winemakers Exchange Program. We are in different regions, and our climates and seasons are different, so during the Georgian harvest, several South Africa wineries send their winemakers to Georgia, and we send our winemakers here during the South African harvest.

We promote rugby exchanges as well. Some of our teams have been to some of the training facilities in the Western Cape. South African teams play in Georgia too. This promotes bilateral tourism, because when teams travel, they bring their families and fans along with them too. 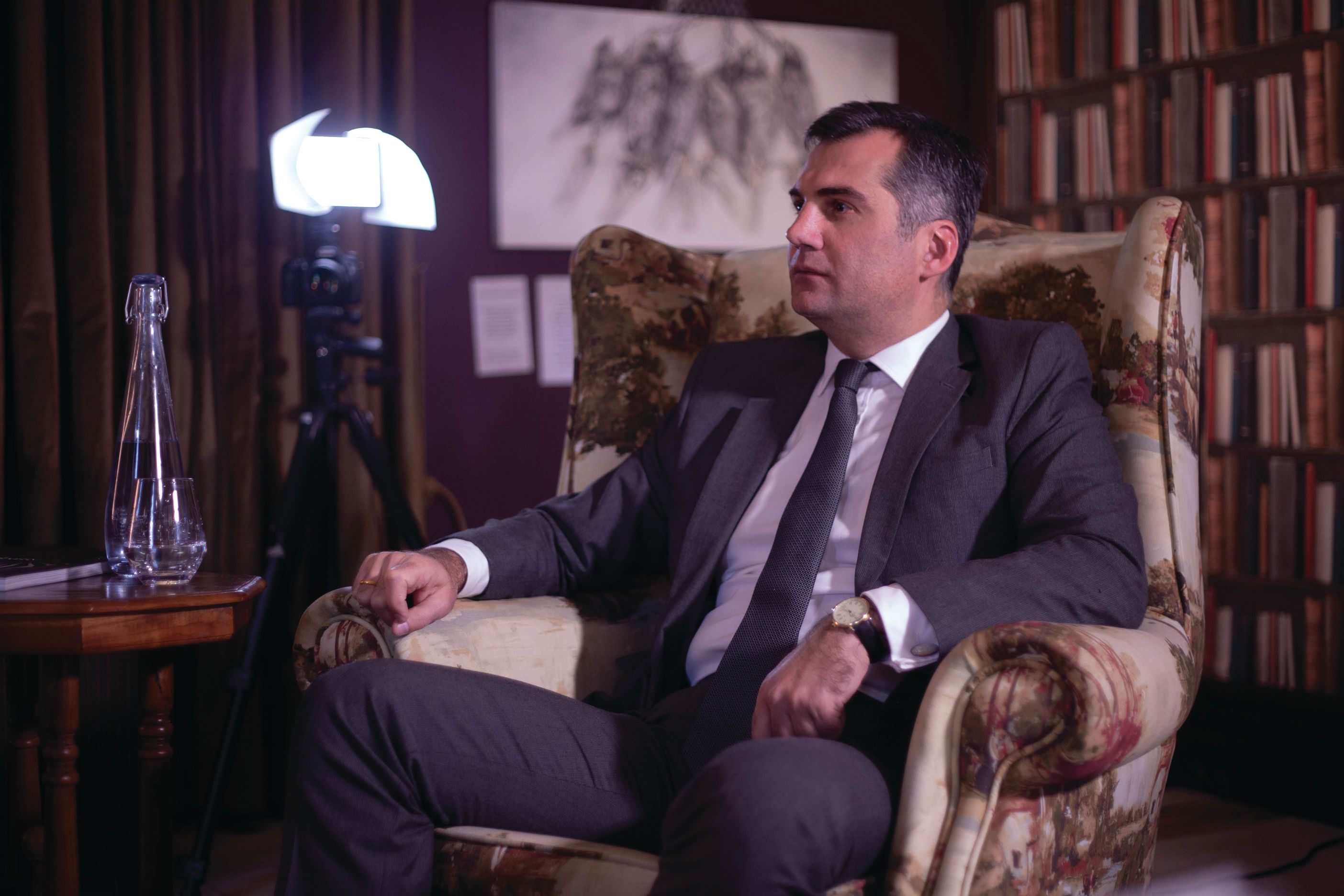 What are the most important bilateral agreements between the Republic of Georgia and South Africa since establishing diplomatic relations?

We have a very important agreement about bilateral political consultation, between the Ministry of Foreign Affairs of Georgia, and the South African Department of International Relations and Cooperation. Based on this agreement, we have an established practice of political dialogue and have held a number of interactions, both in Georgia and here. This allows to discuss things which are mutually important

Your wife currently chairs the International Diplomatic Spouses Association (IDSA). How does that enhance your duties and how would you define IDSA’s social impact on the South African community?

Thank you for mentioning this. Sometimes diplomats do their work, and the efforts of their spouses are overlooked. Our spouses are very much involved in diplomatic relationships, because they support us. The same applies to my wife, who chairs IDSA. I think they do a magnificent job. They get together, they deliberate, and they do different projects with the outcome of helping local communities. They donate to different orphanages, and other vulnerable groups of people in South Africa. The impact that they have is impressive. This kind of endeavour is humanitarian in nature, and every effort counts. Myself, and the other ambassadors do our best to try help our spouses in these noble endeavours. 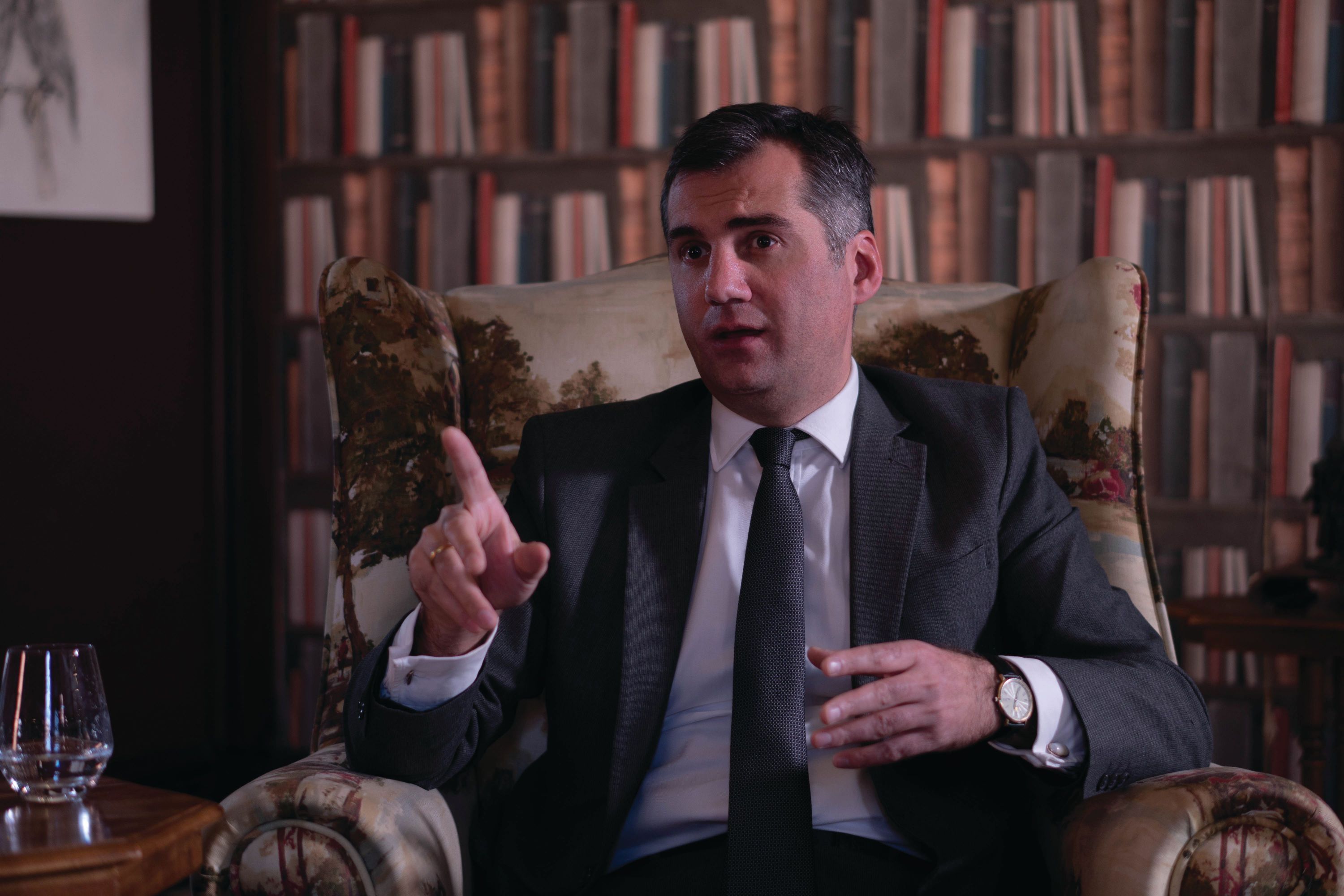 Georgia is a beautiful country with a growing tourism industry. How are you attracting South African visitors to your country?

Georgia is proud to receive millions of tourists. Georgia is not a very big country, in terms of territory, but we are a very proud country, with an ancient history. Our territory is 69,700 square kilometres, and has a diversified climates. We have tall mountains, as well as the seaside, and wine lands. We even have our own small desert. It is an interesting country, with an interesting heritage. Our country was one of the first countries to adopt Christianity as a religion in the Fourth Century. Included in all this uniqueness is Georgia’s cuisine, and our wine. Our renowned hospitality attracts a lot of tourists.

I am pleased to have been able to observe in increase of South African travellers to Georgia. The Georgian government has shown its willingness to host South African tourists by lifting the visa requirement.

There is a group on social media called South Africans in Georgia, and they share some of their experiences there.

South Africans who come to Georgia share the same impression I had when I first came here. They immediately notice the many similarities between our countries – we both like wine, fine cuisine, we appreciate rugby, and we share similar traditions.