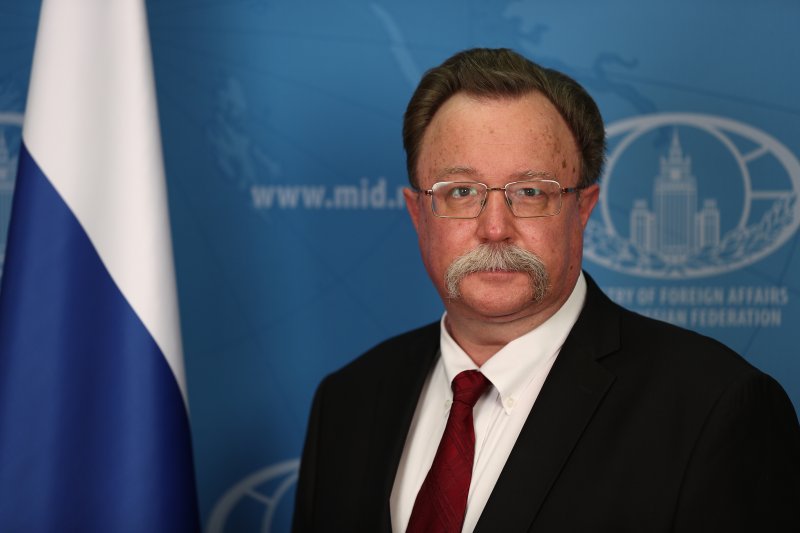 Address by Ambassador Extraordinary and Plenipotentiary of the Russian Federation to the Republic of South Africa and the Kingdom of Lesotho H.E. Mr.Ilya Rogachev on the occasion of Russia’s National Day

Today we celebrate Russia Day – our national holiday. On this day, 30 years ago, the declaration of state sovereignty of RSFSR (Russian Soviet Federative Socialist Republic) was adopted, which marked the beginning of the modern Russian statehood.

We turned a new page of the thousand-years-long history of a country that enjoys unique cultural legacy, rich traditions and numerous triumphs achieved both in times of peace and war. Through heroic efforts of peoples of Russia we have created powerful industry, explored outer space, gained victories in sport. 75 years ago the peoples of the USSR liberated numerous European countries from the “brown plague” by breaking the backbone of Nazism. As history shows, Russia always succeeds and emerges victorious when its citizens put national interests above their individual.

Today’s holiday is celebrated in all regions, in each and every Russian city from Kaliningrad to Vladivostok. Sevastopol and Crimea are celebrating Russia Day for the sixth time this year.

Furthermore, today’s holiday is an occasion to celebrate for those who live on different continents, in different countries, including South Africa, yet consider themselves a part of the Russian world. Russian compatriots residing in South Africa and Lesotho contribute to strengthening of ties between our countries and promoting the Russian language along with unique Russia’s spiritual and cultural heritage.

The Republic of South Africa is a strategic partner of the Russian Federation. Our countries hold similar positions on many international issues, actively cooperate in the UN, BRICS and G20. The ties between Russia and South Africa have a long history, with the Soviet Union’s support in the struggle against apartheid, being one of its chapters.

This year marks the 60th anniversary of the adoption, upon USSR’s initiative, of the UNGA Declaration on the Granting of Independence to Colonial Countries and Peoples. Our country played a significant role in decolonization, providing the young states comprehensive assistance and support. Our African partners do remember and value that – the first Russia-Africa Summit (October 2019, Sochi) proved that.

We all remember the acute challenges Russia had to face in the early 90’s. Yet after making it through the times of transformation, the country made significant progress in modernizing the economy, building its state institutions and retook its place among the leading states on the international arena.

Today Russia’s role as a guarantor of global stability is very much in demand. Our country advocates viable principles, attractive for the most countries and peoples: respect for national sovereignty, freedom of political and civilizational choice, traditional values of public and private life. These approaches are constantly gaining our partners’ understanding and support.

Russia is a modern, rapidly developing country, opened for mutually beneficial cooperation with everyone who is ready to hold out a hand of friendship. Let us work together to build a better, prosperous world. Happy Russia Day!