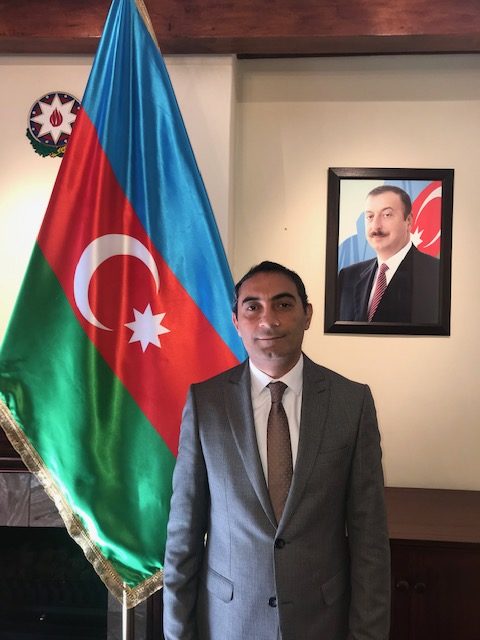 Today we celebrate 102 anniversaries of the Republic Day honours the date on which the Azerbaijan Democratic Republic (ADR) was founded on 28 May 1918 as the first secular democratic state in the Muslim East. Republic which was founded by the Azerbaijani National Council after the collapse of the Russian Empire that ignited with the Russian Revolution of 1917. It was a tough period for Azerbaijan to establish independence. The Declaration of Independence was adopted on May 28, 1918, announced the creation of the democratic parliamentary republic in Azerbaijan and it said that all nations living in Azerbaijan have sovereign rights and Azerbaijan is an independent state. The National Council started his operation in Tbilisi for 18 days and then moved to Ganja. Baku was controlled by the Baku commune Menshevik government “Dictatorship of Central Caspian”. In September 1918 the ADR government moved to Baku after the liberation of Baku by the ADR and Caucasian Turkish Islamic army. Since 1990, Republic Day has been celebrating as a national holiday in the Republic of Azerbaijan. It is one of the brightest pages in the history of Azerbaijani people, which commemorated the country unification. During 23 months ADR government adopted several laws, implemented political, military, legal and economic reforms, newly formed Republic paid attention towards education, with the establishment of the Baku State University in 1919 and many other educational institutions. The Azerbaijan Democratic Republic guaranteed the rights and freedoms of all citizens, irrespective of their nationality and religion. For the first time in the Muslim world, women had electoral rights and the Republic was recognized at the Versailles Conference. Due to historical circumstances, the Azerbaijan Democratic Republic lost his independency in 1920 with soviet Bolshevik occupation. Azerbaijan gained independence after the USSR collapsed in 1991 and announced itself a successor of Azerbaijan Democratic Republic.

Being in the Republic of South Africa and celebrating the 102nd anniversary Republic Day in here is an honour for me. Since the establishment of our diplomatic relations with the Republic of South Africa in 1992, we made a significant way to establish good and friendly cooperation between our countries based on mutual benefits. Both in bilateral and multilateral cooperation between our countries as well as economic and trade cooperation are strengthening. I have to indicate the participation of President His Excellency Cyril Ramaphosa in a virtual Summit of the Non-Aligned Movement (NAM) entitled: “United against COVID-19” convened by the President of the Republic of Azerbaijan, His Excellency Mr Ilham Aliyev, in his capacity as Chair of NAM which was held 4 May 2020.

Today when all the world fighting against COVID-19 pandemic I am sure and I believe that both Azerbaijan and South African government and people will win the battle.  Together  we are strong.

Charge D Affairs of the Republic of Azerbaijan