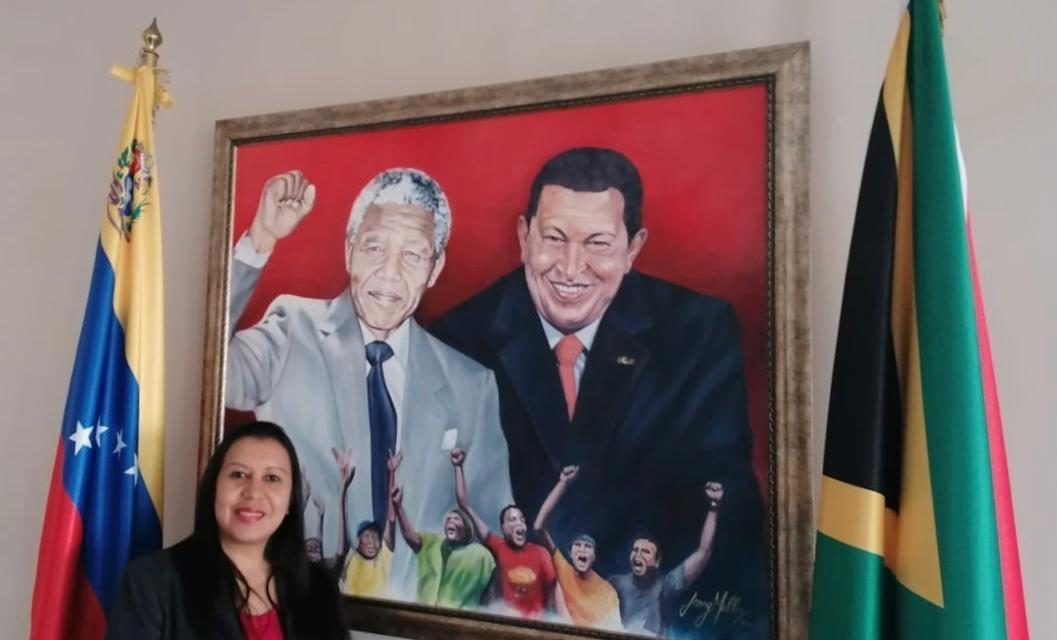 This year, we celebrate the 209 years of the historical event that marked our independence, which was given to us by one of the greatest men that Our America has ever given birth to, the Liberator Simón Bolívar, when on July 5, 1811 the Act representing the definitive break with the
colonial link. Two centuries later, we find ourselves fighting to maintain and reaffirm that sentiment of freedom and the nationalist spirit of those of us who inhabit the sacred land of the father of the Motherland, Simón Bolívar. Today as we celebrate the 209th anniversary of the independence of Venezuela, it is also a date to ratify our anti-imperialist conscience and full determination to defend in all circumstances the sovereignty of all Venezuelans, together with the continuation of our solidary foreign policy that we have called Bolivarian Peace Diplomacy which pursues the integration and union of our peoples, especially with our brothers in Africa.

That is why the relations between Venezuela and South Africa have been strengthened in recent years, we enjoy friendly and cooperative relations in different areas, and we will continue working to maintain and increase them for the benefit of our peoples. I cannot avoid to mention the difficult moments that the world is experiencing with the COVID 19 pandemic, and our country does not escape that, but despite the difficulties, Venezuela has managed to overcome and confront this situation, taking effective actions to protect and serve our people. Only with the joint action of all countries, with common respect and international solidarity, we shall guarantee success in the battle against this pandemic that has cost humanity so many lives. Two hundred and nine years have passed and the commitment to maintain a free, sovereign and independent Venezuela reverberates with greater force in current times, despite the blockade, economic sanctions,
political persecution, psychological attacks and media warfare promoted by imperial interests against our country. Thanks to the fact that we have a conscious people, we have known how to overcome these attacks with dignity, courage and bravery. Our task is to continue creating the conditions that make it possible to continue building our destiny in peace, with sovereignty, independence, equality and social justice.

Ambassador of the Bolivarian Republic of Venezuela