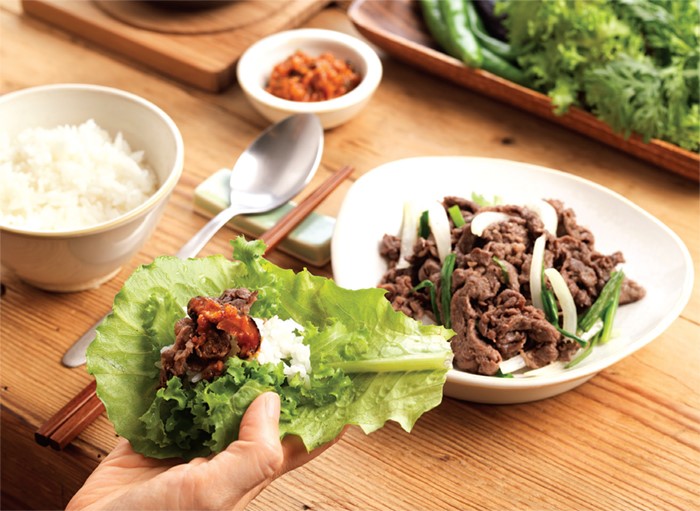 Bulgogi, which literally means “fire meat”, refers to a traditional Korean dish made by grilling beef or (rarely) pork after shredding or slicing it and marinating it in sweet soy sauce mixed with a great variety of condiments. It is one of the rare meat dishes to have developed in Korea, where people were generally more accustomed to eating vegetable dishes, and has won many enthusiasts outside the country. Bulgogi has recently been adopted by fast-food restaurants in Korea, resulting in the emergence of bulgogi hamburgers and pizzas.

Put pear, kiwi and onion into a blender to grind and then mix with the rest of ingredients for the marinade.

Get rid of excess blood from the beef, seal into a container and infuse with a smoke gun to add a smokey flavor until smoke disappears.

Marinate the smoked beef, let it sit for about 1 hour.