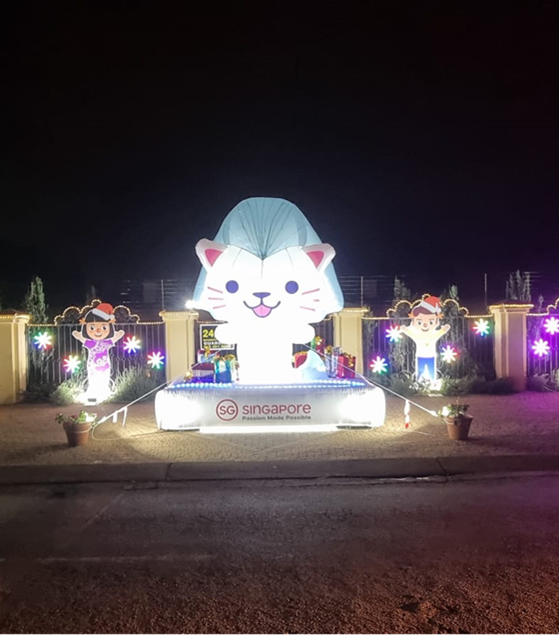 The Lawley Street Christmas Lights is a community event in the district of Waterkloof in Pretoria, the administrative capital of the Republic of South Africa. The tradition began in 1995 when a few residents got together and decided to decorate their residences for Christmas, as they did in the United States and many other countries, to usher in festive cheer into the neighbourhood. In time, from 1 to 31 December, and from 7.00 pm to 11.00 pm, the beautiful houses along the 2-km street are festooned by lights of every colour, shape, and design, creating a beautiful, festive drive and stroll for both residents and visitors alike. These houses are the residences of both locals, as well as a few fortunate members of South Africa’s diplomatic community, who have their official residences on Lawley Street, including Singapore. 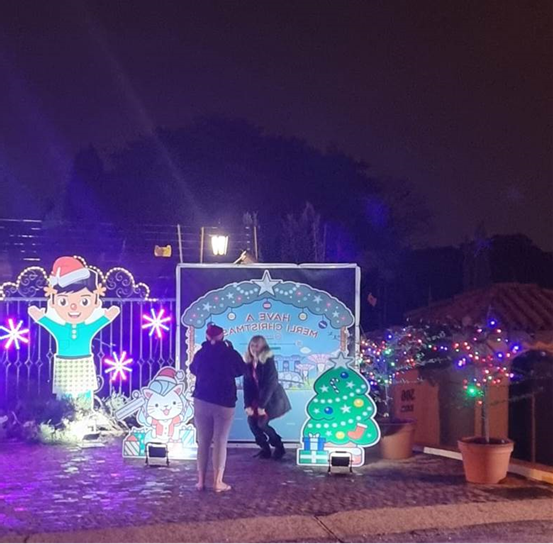 At its heart, the Lawley Street Christmas Lights is a community event, with no involvement from the City Council. Its popularity is such that it has its own Facebook page (https://m.facebook.com/Lawley-Street-Lights-110358357552442/) and Instagram account (https://instagram.com/lawleystreetlights?utm_medium=copy_link), and even its own listing as a scenic spot on Google Maps. At its peak in the week before Christmas, more than 700 cars per hour would crawl the kerb of Lawley Street, alongside foot traffic. 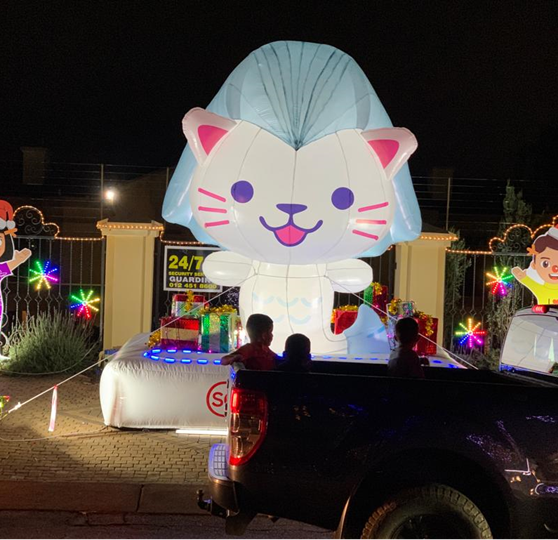 Singapore has been part of the Lawley Street community for over 10 years. This year, as the Lawley Street Christmas Lights celebrates its 26th anniversary, we are proud to join the community event and bring a little of the Singapore Christmas spirit to Waterkloof. The centrepiece of the Christmas decorations at the Singapore Residence is none other than Merli (https://fb.watch/9SE2LL6Sfn/), the endearing and adorable powder-blue and white character that is based on Singapore’s beloved Merlion, a mythical half lion-half fish creature that has come to represent the Lion City, which Singapore (or its Sanskrit name, Singapura) also translates into. So, visitors of the Lawley Streets Christmas Lights this year will be greeted by a giant blow-up of Merli, as well as figures of Singapore children representing the four principal communities of Singapore – Chinese, Malay, Indian, and Eurasian – symbolising the social harmony, for which Singapore is well-known. We have also planned a special outreach activity on Sunday, 18 December 2021, the Sunday before Christmas Day, during which souvenirs and delicacies from Singapore will be distributed to visitors. We hope to see you there !

High Commission of the Republic of Singapore