MY TREKKING ADVENTURES | SINGAPURA, THE LION CITY, A PART OF WHO I AM 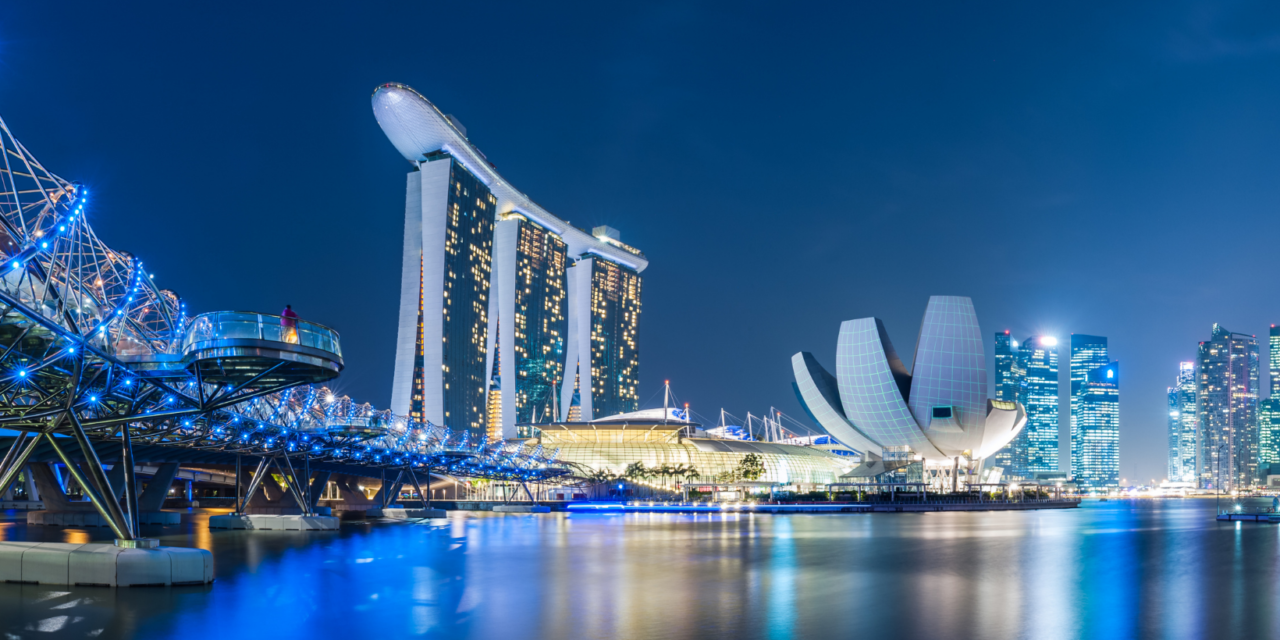 Our planet these days is a surreal one. But as Louis Armstrong’s lyrics say, it still is “a wonderful world”. I  write this week’s article from a quarantine assigned facility. I am sitting inside a hotel room in the tenth floor, nearby the Tanjong Pagar’s MRT station. This is my first overseas trip since the pandemic strike in early 2020. I must praise the professionalism of the local authorities dealing with the corresponding health protocols, as well as the good service delivered by both the management and the staff of the Sofitel Singapore City Centre Hotel. They are quite accommodating, making my stay, both bearable and pleasant. 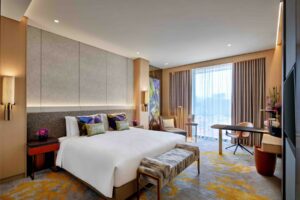 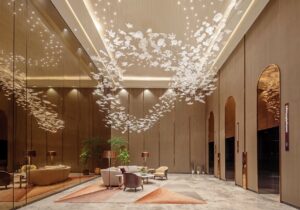 Today, marks an important milestone in my life. Thirty years ago, I arrived for the first time to this island-nation. The Panamanian Treasury Ministry had appointed me as their Officer in South East Asia. Panama has the world’s largest Ship Registry, both in number of vessels and tonnage. I was in charge of examining the crew working onboard our flagged carriers. My stay in this country changed my life completely. I developed an accountability and transparency policy, as a civil servant, inspired by the example of former Prime Minister, Lee Kuan Yew. Lee founded the Republic in 1965, based on a blend that included, Confucius’ teachings and the principles of the British Civil Service. It became one of the world’s most efficient economies. Even though many believe that the country is run under an excessive strict control, I tend to disagree. I think that it is all about discipline. Human beings must come to terms with the fact that if one wants to be successful, we have to obey and respect the rules of engagement. That doesn’t mean that your human rights are overlooked. Moreover, they are protected, as well as one’s belongings, integrity, life and wellbeing. 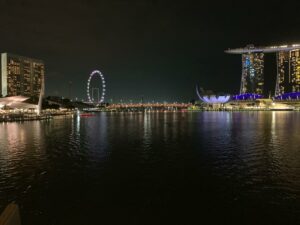 My first years at the Lion City, and my last ones as a bachelor, were full of interesting stories. When I reach, I rented a studio apartment at Sophia Court, behind a Golden Village cinema, next to Plaza Singapura and close to the Dhoby Ghaut MRT station. MRT stands for mass-rapid-transit and is the public transport system that connects the entire territory. I use to travel every day to the Hong Leong Building, where the Panamanian diplomatic mission’s offices are still located. A year later, I moved with two lady flat mates, an Irish and a New Zealander, to a black & white style bungalow near to the hawker center, in Newton Circus, featured in Crazy Rich Asians. We hosted every weekend, parties that were attended by part of the young international expatriate community. They normally started, just after the dancing clubs of the time had closed for the day, and finished the next morning. I had a free membership at two of those clubs, the most popular ones, Sparks and Studebaker. Later, I moved to Shelford Road. Likewise, Singapore was renowned for showcasing the biggest entertainment live events. I attended the concerts of Richard Clayderman, Michael Jackson, Elton John, Barry Manilow, Simply Red and Stevie Wonder, as well, as a performance of magician David Copperfield. I was involved in the production of Ricky Martin’s Asia Tour. 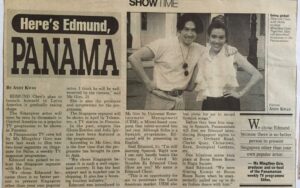 I befriend the local TV actors couple, Edmund Chen and his wife Rosalyn. Apart from teaching me mahjong, they introduced me to a special person, who later became my wife and my daughter’s mother, Zheng Wanling. We met during a singing session at one of Music World’s karaoke lounges. We sang together that evening, Disney’s A Whole New World, and since then, we began a rollercoaster relationship, which I treasure till this day. Nine months later we got married…and no, Monique was only born almost five years later. 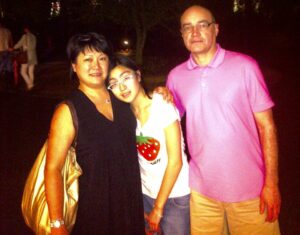 Singapore, even though a small place, has much to offer to its visitors. The Singaporean identity is the result of three Asian cultures, the Chinese, Indian and Malay. They are reflected in everything, including the different spoken dialects and its distinctive cuisine. This destination is both an eating and shopping paradise. Singaporean gastronomic meals to die for are: Hainanese chicken rice, Chilli crab, Laksa, Char kuay teow, Hokkien prawn mee, Fish head curry, Satay, Bak kuh the, Nasi lemak and Roti prata.  Apart from these diverse dishes that can be enjoy here, this is a shopper’s playground too. All the imaginable repute brands can be found here and prices are competitive, as the isle is one sole duty-free zone.

In regard to its tourist attractions, there are of course, all such relevant cultura-ethnicl districts, like China Town and Little India, where you can find interesting eateries and souvenir shops. There are also, nice theme parks like Haw Par Villa, Sentosa Island and the Universal Studios, where families can enjoy an entire leisure day. And of course, other landmarks at this fascinating South East Asian destination that one cannot miss are the iconic Merlion Park, the exotic and unique Gardens at the Bay, the two distinguished hotels, Marina Bay Sands and The Raffles, the Esplanade-Theaters on the Bay, Clarke Quay and of course modern designed architectural structures as Helix Bridge, Parkview Square and  Asia’s largest observation wheel, the Singapore Flyer, which has become a significant feature in the backdrop of the Formula 1-Singapore Grand Prix. For such a tiny space, Singapore definitely offers a variety of attractions, for the visitor’s delight and view. The reader might have realized that Singapore, more than being another of my trekking destinations, is a place that I keep close at heart. It has an important family meaning for me, other than being one of my favorite places to live and visit in the world. I hosted once upon a time, a Panamanian Variety Show Presenter, Minthoy Giro, while filming one of her weekly programs here as well as Lo Mejor del Boxeo’s Producer Juan Carlos Tapia. I met one of my best friends and my mentor within the entertainment business space, Simon Napier-Bell. So, how can I not include it within my series of articles.

We are facing a new challenge today, imposed by the Covid reality. Traveling is no longer the enjoyable process it just to be. But it is upon us, to reinstate back its important role within our lives. Tourism is a crucial activity for every world’s economy. It must be treated with due diligence, in order to make sure that its functionality is not jeopardized by pandemics or any other man-made event or natural disaster. All government authorities as well as the entire tourism private sector have the join responsibility to rescue and return it to the status it deserves. Millions of people’s live hood depends on it. Let’s join everyone’s efforts to reactive this industry. As usual, I want to end this week’s write out by highly recommending to the reader, to include Singapore in his traveling bucket list. Human beings are by nature resilient and we have the ability to reinvent ourselves. Don’t allow any sudden storm shatter any of our dreams. Trekking the world must be a number one hobby for all. 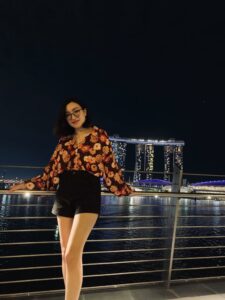 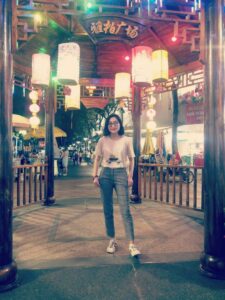