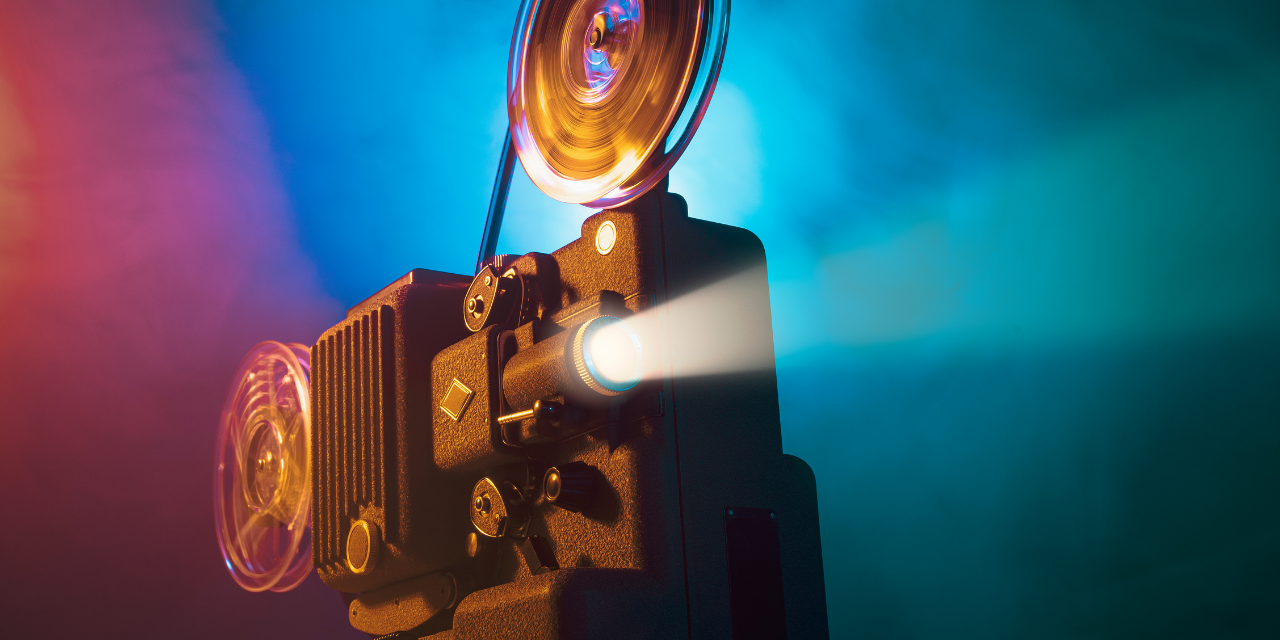 This week’s article isn’t precisely about traveling, nor as the title might suggest, gambling. It’s about one of my first experiences in the entertainment industry. My country, back in the late 1980’s was not exactly known for being a film hub, as it is today, but Panama Jackpot is perhaps an experimental process which allowed many to find their call within the field. 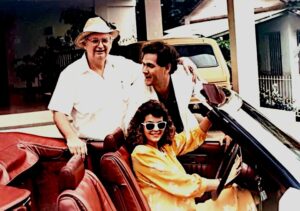 I first met its director-producer, Jose “Chevi” Severino, during the shoot of a documentary at the former Curundu US Forces Army Base, close by the Canal. I was in my mid-teens and my mother’s uncle, Rafael, a tailor at the military complex alerted me. I rushed there as fast I could and nailed two different roles as an extra. More than a decade later, Chevi asked me to be the Production Manager of the TV series. It was an incredible learning process, which placed me before a few challenges. At the time product placement wasn’t a thing there and I managed to get a few brands onboard.  The filming of its two only episodes, coincide with the first Miss Universe pageant ever hosted in Panama. We got two of the most prominent beauties to play cameo roles: Miss Brazil, Deise Nunes, who at the time was dating Julio Iglesias and Helena Christensen, who later became an international fashion model icon. Another challenge was convincing a local TV network to take the content. I nurture a friendship with one of RPC TV-Channel 4’s directors, Mrs. Mercedes Eleta Casanova. Apart from signing the show for its screening on their platform, Bati invited me to be a member of the judging panel of one of their station’s initiatives, the Maxwell-Video awards.

Most of the talent were members of the Panamanian stage community, like Harry Iglesias and Blanquita Casanova, Juan Manuel Ferrer, Rossana Melillo and Edwin Cedeno, amongst others. I even recruited a number of friends, as well as my father, all with no acting experience, to play some of the minor roles. The lead is someone, who even though at the time was involved in retail business, became a role-player in today’s modern performing group, Leo Wiznitzer. He has been casted in such productions as Hands of Stone and Operation Just Cause. His character, Vito, was the typical Latin-lover, though an action oriented one. The plot would somehow remind one of CBS’ Magnum PI, but with a Panamanian twist. A bar-club owner helping his friends out of trouble. All the characters were a reflection of the multi-cultural element that we sense in the isthmus. One of them, Mr. Wong (First Episode- The Wong’s Jars), described it in one of his dialogues, as the local version of a wanton soup, where you could find a piece of any unimaginable ingredient. One of our actual cast members, ended being a real most wanted by the European Interpol! Our Director of Photography, Jaime Chung, always managed to capture real awesome scenes with his lens, especially outdoor ones. I consider everyone involved in this production a real hero. In a time in which there was no Government grants or incentives, we nailed it nicely. We did get access to State run facilities, like the horse racetrack, the international airport and the building that houses the comptroller’s office, as well as to record at many important roads, like Balboa Avenue. 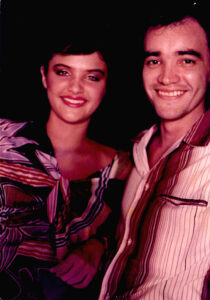 Chevi and some of the cast members have already passed away. Nevertheless, they still have a special place in my heart. I acknowledge them as individuals who taught me a lot about the entertainment business. I have made tons of mistakes since then, but a piece of advice for the new Panamanian film and TV community: look back and always honor those who came before. They lay the groundwork so you can do what you love doing. I would like to include, even though he was not part of Panama Jackpot’s production team, he also played an important role in my showbusiness tuition, the late Jose Pepe Sarsanedas, whose brother-in-law, Juan Manuel Ferrer, was one of our supporting cast members. A year after I finished working on the series, I decided to become a stage producer and assembled Neil Simon’s Brighton Beach Memoirs. Pepe was its director.  Blanquita Casanova and Daniela Stransky played the two sisters’ roles on the comedy. In 1988, I was awarded the Golden Owl as Best Upcoming Producer for that show. You can find one of Panama Jackpot’s episodes, El Genio de la Computadora in YouTube. Indulge yourself watching and enjoy it…